The Nigeria Basketball team (D'Tigers ) will begin their quest to earn themselves an Olympic medal at the ongoing Olympic Games in Tokyo as they face the Australian Basketball team (The Boomers) at 9:20 am (WAT)  on Sunday, July 25, 2021, at the Saitama Super Arena. 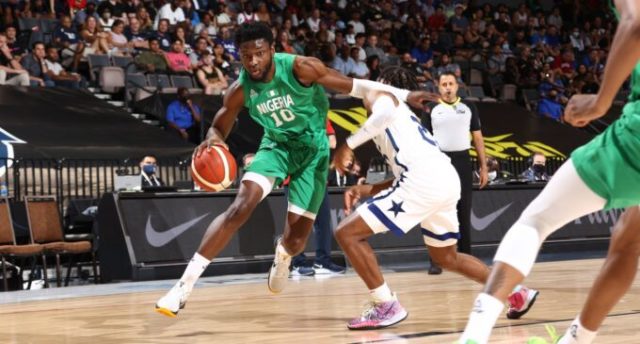 D'Tigers had impressive friendly games leading into the competition especially with their 90-87 victory over the United States and an impressive 94-71 win over the Argentine basketball team. The other group game will be between Italy and Germany.

The Austrians will be seeking revenge against the Nigerian team after losing 108-69 in a friendly game on July 14th, 2021. The Boomers will be relying on the strength of their NBA players, Patty Mills and Joe Ingles, to help secure victory against Nigeria.

D'Tigers also have strength in some NBA players like Minnesota Timberwolves' Josh Okogie, Miami Heat trio of Precious Achiuwa, Gabe Vincent, and KZ Okpala who will be hoping to make the nation proud when they take center stage.

The top two teams in each group and the two best losers will qualify for the quarter-finals. the qualifying teams will be divided into 2 groups; the first group will consist of the best four teams while the second group will comprise the remaining four teams. The quarter-finals pairing will be decided on the 1st of August,2021.