Robert Lewandowski started the Bundesliga season where he left off last season, as he helped Bayern Munich secure a point against Borussia Monchengladbach on Friday, August 13th, 2021. 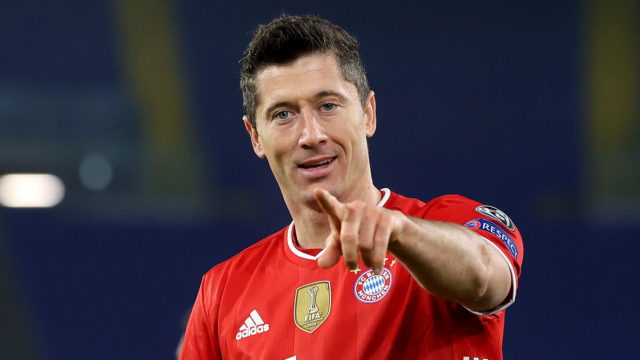 The game started well for the home side as they took a well-deserved lead in the first ten minutes of the game through French man, Alassane Plea, who fired the ball past Manuel Neuer.

Bayern got the equalizer towards the end of the first half as Lewandowski scored from a corner kick by Joshua Kimmich. The first half ended 1-1.

Neuer did a lot to deny Stindl in the second half as the Gladbach midfielder found his way past the Bayern defenders, but he could not get the ball past the goalkeeper.

However, there were appeals from Gladbach players towards the end of the game when Bayern's new signing Dayot Upamecano seems to have brought down Thuram, but the appeals were not enough to get them a penalty as the referee waved play on.

There were other half-chances in the game but were not precise enough to get any of the team the winner. The game ended 1-1.