France's midfielder, Paul Pogba has left the French training camp after picking up an injury ahead of the FIFA World Cup qualifying matches. 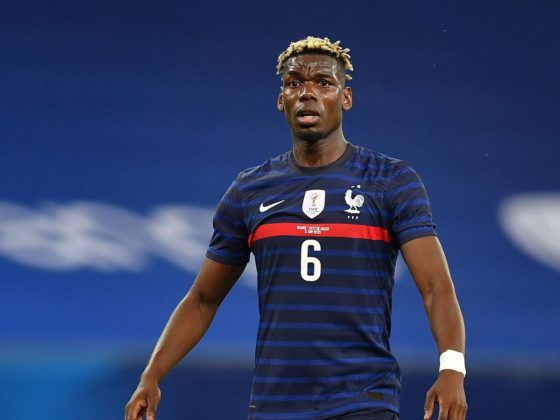 The news of the player's injury was confirmed on Manchester United's website on Tuesday, November 9th, 2021. According to reports from the club, the player picked up an injury on his right thigh.

Paul Pogba suffered an injury to the quadriceps of the right thigh and is forced to miss the next two matches. To replace him, Didier Deschamps called on Jordan Veretout. 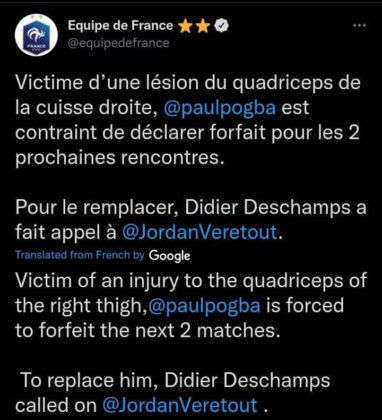 The French National team needs just three points to secure World Cup qualification and they will hope they get maximum points against Kazakhstan in their next World Cup qualifying game.

According to reports, the player will return to Manchester for treatment and further evaluation. The midfielder has a served two-match suspension from his domestic three-game ban because of the red card he picked against Liverpool in October.

If the injury is minimal, then he will be available for selection when the Red Devils play Villarreal in the Champions League and Chelsea in the Premier League.