Brighton and England defender, Ben White, has signed a five-year deal with Arsenal Football Club, after passing his medicals on Wednesday, July 28th, 2021. 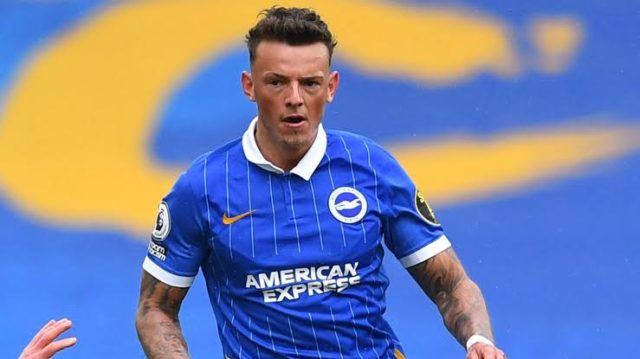 The transfer news was confirmed by seasoned reporter Fabrizio Romano on his official Twitter account on Wednesday, July 27, 2021. 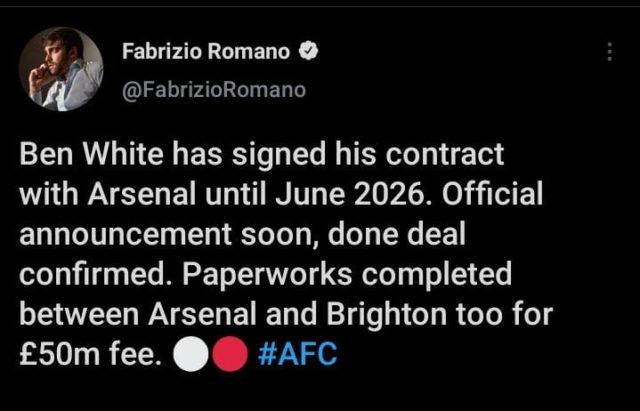 According to Fabrizio, White has signed the deal with Arsenal which will see him stay at the club until 2026. The transfer fee for the deal between Arsenal and Brighton is 50 million pounds.

Arsenal is looking to strengthen their defense going into the 2021/22 Premier League season. The signing will also fill the void left by Brazil's defender David Luiz who left the club last season.

The 22-year-old defender started his Brighton career in 2014, playing for the youth team. He was promoted to the senior team in 2016, but he wasn't able to get his name on the first-team list in most of his time at the club.

White won the best player of the year award for Brighton in just concluded 2020/21 season, his teammates voted for him the award. He will hope he gets more playing time at Arsenal and wins trophies.