Arsenal Football Club has appointed Kevin Betsy as the head coach of the U-23 team. The news was made official on Arsenal's website via their official Twitter account academy on Tuesday, August 3rd, 2021. Kevin joins the Gunners from Fulham's Academy, where he worked with the club for five years. 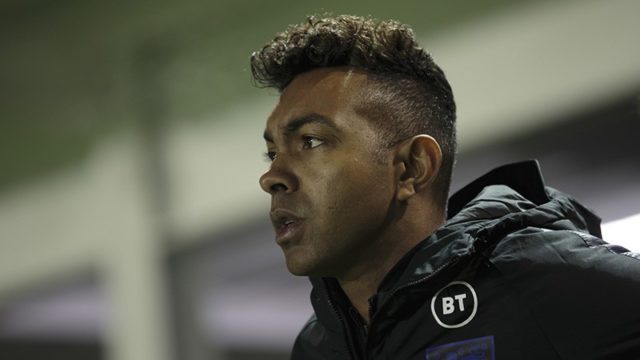 Kevin expressed his delight at joining Arsenal. He says it's an honor and privilege to be named the head coach of the U23 team.

It's an honour and privilege to be joining Arsenal U23s Head Coach. Arsenal is of course an iconic club in world football with such a rich history. This is also a club with a very strong current record of developing young players for the highest level, but also placing emphasis on producing well-rounded young people.

I have had a tremendous five years working with the Football Association in vital roles across England youth teams. During this time I have worked with many hugely talented young players and some amazing colleagues in a wide range of departments.I would like to take this opportunity to thank the FA ans in particular Technical Director John McDermott for allowing me to take this opportunity and making a transition into Arsenal so smooth.

Throughout my recruitment process, i have had some extremely positive discussions with Per Mertesacker, Luke Hobbs and senior management at Arsenal, which has made my decision to come to this club easier.

My work starts here and together with the talented people at this club,we aim to continue the strong work providing the pipeline of talent to support the first team, values whilst at the same time instilling the values and traditions of this football club, so that young players are ready for life as well as football. 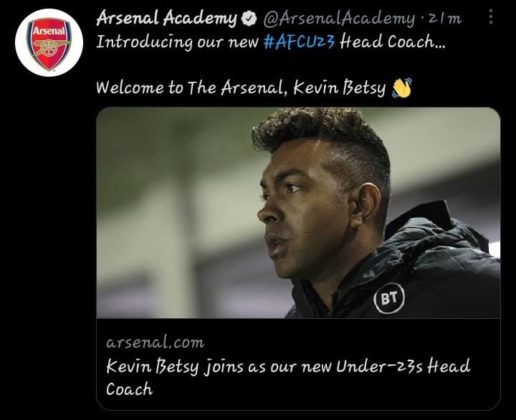 Kevin Besty started his coaching career in 2008 with Southend United. He moved to Wycombe Wanders in 2009. He later managed the England youth team for five years.