Chelsea has extended Michy Batshuayi's contract until 2023, but the player will spend the rest of this season on loan at Besiktas. The Blues confirmed the news on its official website on Wednesday, August 18th, 2021. 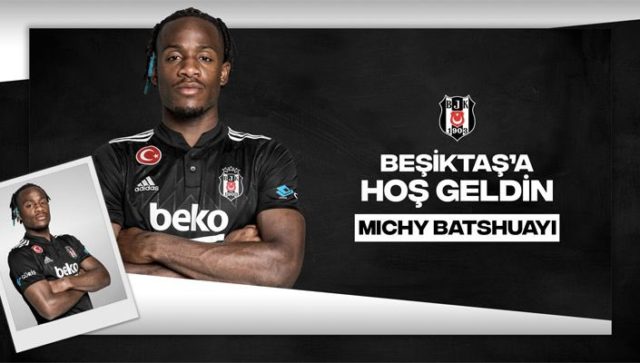 The striker completed his medicals and signed the paperwork for the contract to be completed on Wednesday. He is expected to feature in this weekend's league game for the Turkish side when they play Gaziantep on Saturday, August 21st, 2021.

The player also confirmed the transfer news on his Twitter account on Wednesday, stating his excitement about joining the Turkish side on loan.

He also said he was looking forward to playing for them and he was happy about the incredible opportunity given to him.

Very Very happy to join @besiktas An incredible opportunity for me and I'm already looking to play. Thank you to all the fans for the crazy welcome at Istanbul. See you at the Stadium soon. 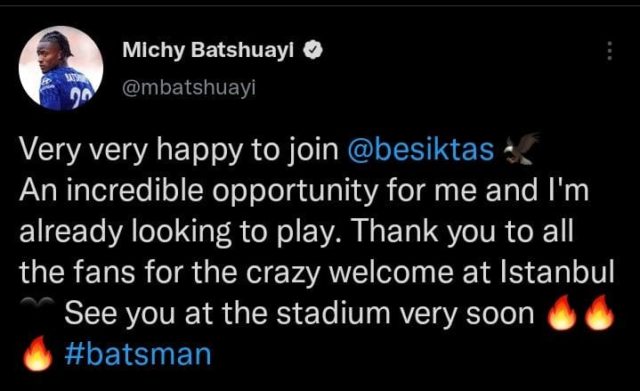 He was on loan to Crystal Palace for the past two seasons in the Premier League. He played 29 games and scored 7 goals. The best moment for the striker at Chelsea was when he scored the winning goal against West Brom that decided the Blues won the league in the 2016/17 season when Antonio Conte was the manager.