Arsenal traveled to the Etihad Stadium for their third Premier League game of the season. The Gunners were going into the game against Manchester City looking to become the first team in the club's history since 1953 to go play three games without scoring a goal after losing to Brentford and Chelsea in the opening two games. 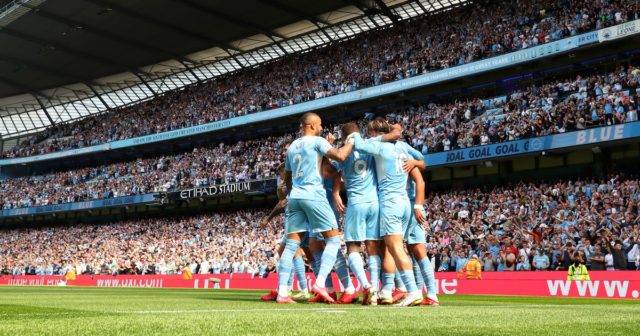 Arsenal went into the game with so much high spirit after beating West Brom 6-0 in the Carabao Cup with Pierre-Emerick Aubameyang, ending his goal drought with a hat-trick.

Manchester City started the game like a house of fire when İlkay Gündoğan opened the scoring with nine minutes of play. They extended the lead before 15 minutes of play as Feran Torres met a cross from the scorer of the first goal.

It went from bad to worse for Arsenal, as the referee sent Granit Xhaka off after a two-footed challenge on Cancelo. He seems to have won the ball but the VAR official agreed with the referee. The dominance continued for City and it paid off as Jesus scored the third for Manchester City.

The second half was the same as the first, Manchester City continued their dominance and this led to Rodri getting the fourth goal for Manchester City. Torres added a fifth goal in the 84th minute. Leno made some brilliant saves off Raheem Sterling, but that was not enough to secure anything for the Gunners. The game ended 5-0 in favor of Manchester City.

This defeat for Arsenal is the worse the Gunners had experienced in its history.