Manny Pacquiao has indicated that he will run for President of the Philippine in next year’s election. He was nominated by a minority faction of the ruling party, PDP-Laban. 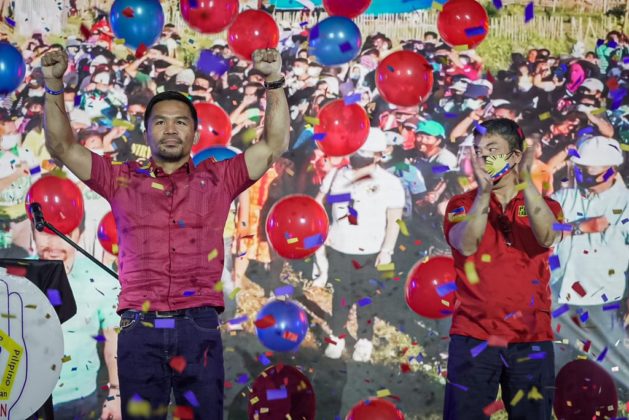 The 42-year-old boxer is currently a senator in the country’s parliament. The incumbent President, Rodrigo Duterte, has been barred from running another term in office.

He announced the news to contest for President on his official Twitter account. Pacquiao won world titles in eight different weight divisions.

He lost his recent fight against a Cuban opponent and said he was considering retirement from the sports after the fight.

I boldly accept the challenge of running as President of the Philippines. We need government to serve our people with integrity, compassion and transparency. The time is now. I am ready to rise to the challenge of leadership. 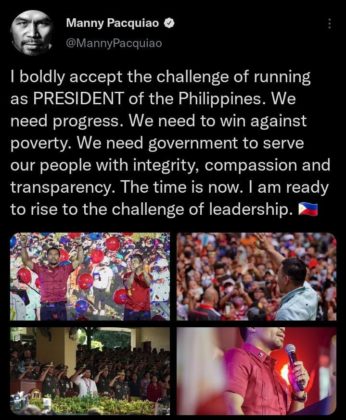 The boxer is a popular in his home country and that might be an advantage for the Philippine but he might need to work harder to convince some section of the people who see Sara Duterte-Carpio as a better candidate.