A man who is standing trial on charges linked to the plane crash which killed Cardiff striker Emiliano Sala has pleaded guilty. 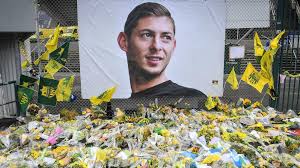 The 67-year-old man who is identified as David Henderson changed his plea to guilty on the count of attempting to discharge a passenger without valuable consideration. The news was confirmed on Sky Sports' website on Monday, October 18th, 2021.

The trial will now be held on a single count of acting in a reckless manner likely to endanger an aircraft.

The 28-year-old Argentine striker who was flying in from Nantes died in a plane crash to Cardiff to complete his £15m transfer to the English club in January 2019.

The pilot of the Malibu aircraft, David Ibbotson also died, his remain has not been found to date. According to reports, Ibbotson's license to fly an aircraft commercially had expired in November 2018.