Paris Saint-Germain’s winger, Lionel Messi, set a record as he became the first South American to score 80 international goals. The Argentine achieved this feat in their 3-0 win against Uruguay in the FIFA World Cup qualifying game. 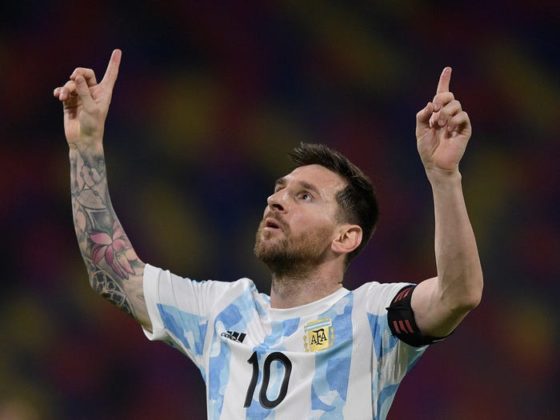 Argentina has extended its unbeaten run in all competitions to 24 games. The points between Brazil and second-placed Argentina have been reduced to six points following Brazil played goalless with Colombia on Sunday.

Argentina is now 24 games unbeaten and their latest win keeps up the pressure on Brazil in South America’s World Cup qualifying group.

The Conmebol group of the Qatar 2022 group comprises ten teams. Brazil leads the group with 28 points, Argentina 22 points, Ecuador and Uruguay have 16 points each, they occupy the third and fourth position respectively while Colombia is in the fifth position with 15 points.

The top five teams will advance to the next round of the qualifiers.