Barcelona's legend, Andres Iniesta, on Saturday, August 7th, 2021 posted an appreciation message to Lionel Messi, following the exit of the Argentine from the La Liga club. The former Spanish midfielder posted the message on Twitter, explaining the relationship they both had at the club together. 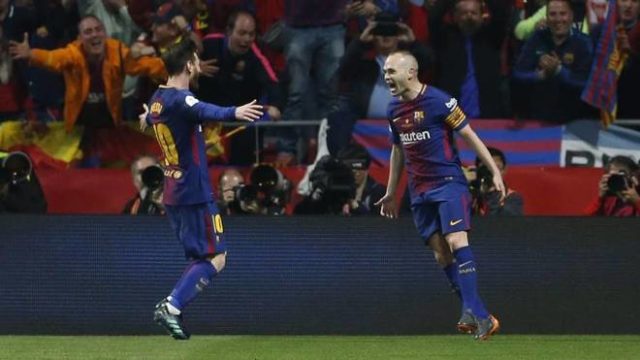 Iniesta appreciates what Messi had done for the Catalan club, how difficult it will be to watch Barcelona play without Messi.

He also spoke about the magical and the not-so-magical moments they shared in the 14 years they spent together in Barcelona. The club's legend also said it will be difficult to see Messi in another club's jersey.

We lived together for 14 years; we shared magical moments and other fucked up, but we always shared together.

Imagining the club without you or being able to see you at Camp Nou with another shirt is difficult. I wish you and yours well. Good luck, Leo. It was a joy to play together. 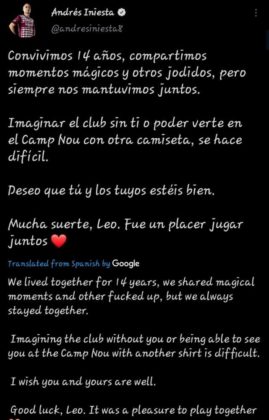