I Don't Care If We Won Dirty Against Atletico Madrid- Klopp

Liverpool coach, Jurgen Klopp, has stated that he doesn't care if his side's win over Atletico is tagged as "dirty". 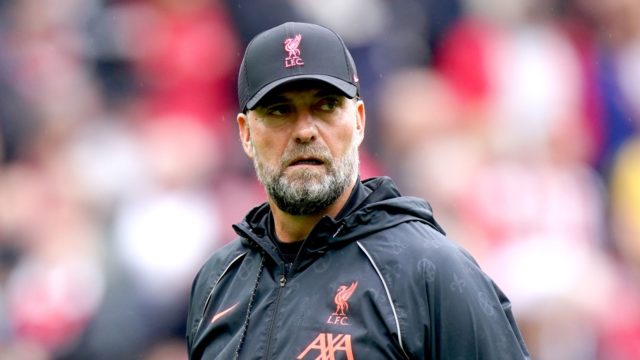 Liverpool head coach Jurgen Klopp described his side's thrilling 3-2 win at 10-man Atletico Madrid as "dirty", but stated that those types of wins are the most important.

In a thrilling UEFA Champions League Tuesday night match, Liverpool won the match after being pegged from 2-0 up by an Antoine Griezmann double, before talisman Mo Salah grabbed the winner from the spot.

Mo Salah scored twice as Liverpool eventually won a thrilling Champions League battle with Atletico Madrid 3-2; an Antoine Griezmann-inspired two-goal comeback from the hosts before he was sent off; and late VAR drama when the Spanish side were awarded a penalty.

Speaking in an interview, Kloop said:

It was a tough game, come on! Honestly, how you win it, I couldn't care less! The dirty ones are the really important ones! On a night like this, getting three points is really massive.

Our penalty is a penalty. And I think the other one is not a penalty, but I don't see it very often when they take it back. I didn't expect that, but I think it's the right decision.

The red card is for sure unlucky, but it's still a red card. Boot in the face and stuff like this, we've had red cards like this in the past.

The dramatic night also saw Atletico boss Diego Simeone rush down the tunnel without shaking Klopp's hands after full-time. Although Kloop accorded Simeone's actions as not being right, he empathized with the Argentine gaffer.