Chelsea's winger, Hakim Ziyech, has been dropped from the Morrocan national team by head coach, Vahid Halilhodzic. The player was dropped for his behavior during the last international break. According to the coach, Ziyech's attitude is not acceptable. 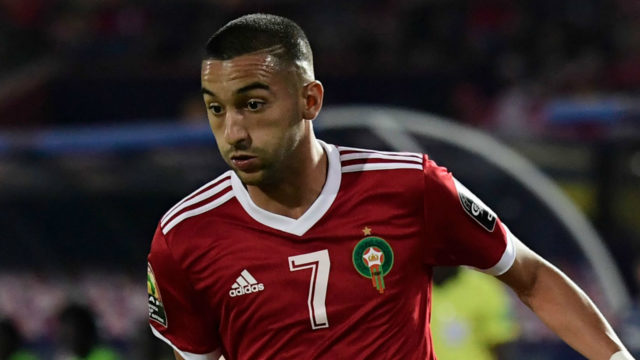 Vahid confirmed this during the country's press conference ahead of the FIFA World Cup qualifier. He said Ziyech arrived late for camp and also refused to train with the other teammates. According to reports from Goal on Thursday, September 2nd, 2021.

He also said the winger faked an injury so that they could omit him from playing against Ghana and also refuse to warm up during a game after he was named as a substitute.

His behaviour in the last two matches, especially the last one, was not that of a national team player who, as a leader in the team, has to be a positive role model.

He arrived late, and after that, he even refused to work. There was no point in discussing it afterwards. As a coach, the answer is right there to see. For me, the national team is above everything. Nobody can hold it hostage.

For the first time in my coaching career, I have seen behaviour that disappoints me. A player who refused to play a game, admittedly a friendly, on the pretext that he is injured. The medical staff made several examinations and said he could play. He then refused to warm up in the second half because he was disappointed to be a substitute. For me, that type of behaviour is unacceptable. You can't cheat with the national team. You are 100% there or you are not.

This is not the first time Ziyech is in the middle of a national team controversy. In 2017, the then head coach, Herve Renard, left him out of the Africa Cup of Nations because of his poor attitude in training.