Deontay Wilder is set to undergo surgery on his hand after his defeat to Tyson Fury on Sunday, October, 9th, 2021 in Las Vegas. The Bronze Bomber was knocked out in the eleventh round by the Gypsy King. 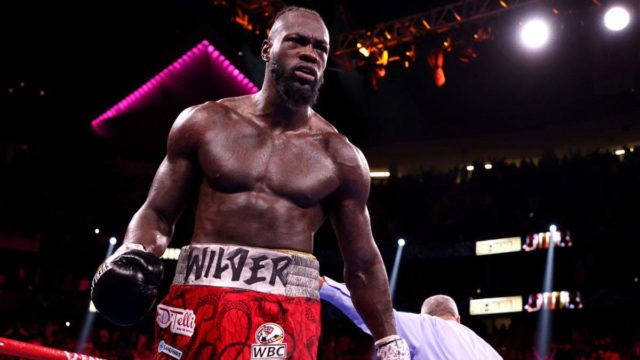 Shelly Finkel, his co-manager, confirmed the update on Wilder’s health in an interview with the Sun. He said the boxer is expected to undergo emergency surgery in the coming days.

Deontay broke his right hand before the third knuckle and he had to have that fixed next week. He has to have surgery, the knuckle is okay, it’s the bone behind the knuckle that broke. He’s sore but he was okay, he was home yesterday.

He’s healing and at this point, if everything is OK, after the hang surgery he will probably look to enter thr ring mid next year, like April or May.

Wilder was taken to the hospital immediately after the fight to check on his health condition. It was also reported that the American is not considering retiring from boxing anytime soon.