Cristiano Ronaldo broke another record in his game for Portugal against Luxembourg. He scored a hat-trick in the game against the opposition in the FIFA World Cup qualifying game on Tuesday, October 12th, 2021. 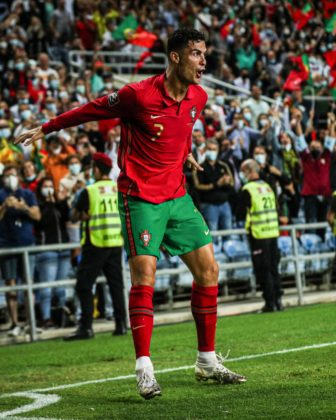 He has also scored 8 goals against Luxembourg, which is the highest number of goals he has scored against any country.

READ ALSO: MANCHESTER UNITED CONFIRM RAPHAEL VARANE WILL BE OUT FOR WEEKS

The Manchester United forward man was on nine hat-tricks going into the game, which were against Northern Ireland, followed by Sweden, Armenia, Andorra, Faroe Islands, Spain, Switzerland, Lithuania.

Ronaldo is now the All-time leader in Men’s International hat-tricks. The Portuguese has now scored 115 international goals, the highest scored by any player, 58 career hat-tricks.