Manchester City ended Chelsea’s unbeaten run in the Premier League. It was a game that was the most talked-about fixture going into the premier league’s weekend, a game between the Champions of Europe against the Champions of England. 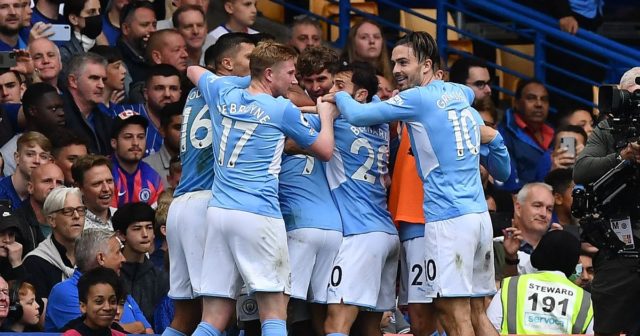 Chelsea were coming into the game with more confidence following Thomas Tuchel’s triumph over Pep Guardiola in their last three meetings. The Blues beat the Citizens in the Premier League at the Etihad, the FA Cup semi-final at Wembley, and notably the Champions League final in Porto.

Manchester City dominated the first 25 minutes of the game and created half-chances. They played the game in the half of Chelsea for most of the first half with the Blues showing their defensive prowess.

The first real chance of the game fell to City on the 30th minute when Rodri fired a shot, which deflected off Rudiger, but the ball went over the bar. The first half ended goalless between both sides.

Manchester City started the second half with the same intensity and the pressure finally paid off on the 53rd minute when Gabriel Jesus’ shot deflected off the boot of Jorginho to give the Citizens the lead. The game saw more chances as it opened up a bit after that goal with the Blues looking for an equaliser.

Chelsea created chances of their own when Lukaku found the back of the net, but it was ruled out for offside because Kai Havertz was in an offside position before he played the ball through to the Belgian.

Manchester City beat Chelsea 1-0 to go equal on points with the Blues.