Former Chelsea and Inter Milan manager, Antonio Conte, has been ruled out from taking over from Mikel Arteta. The Italian has been rumored to have agreed on a verbal agreement with Arsenal when Arteta gets sacked. 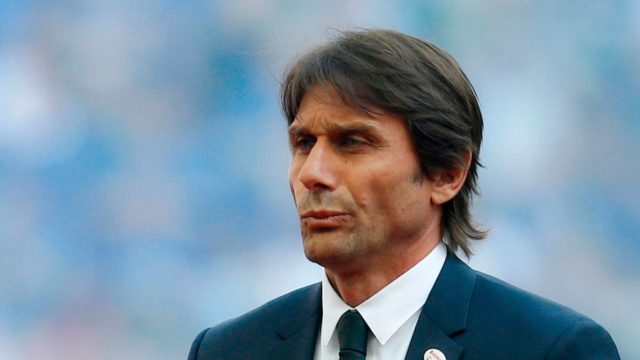 READ ALSO: I WOULD HAVE KILLED MYSELF FOR SIR ALEX FERGUSON - JAVIER HERNANDEZ

According to Transfer News expert, Fabrizio Romano confirmed on his official Twitter account on Sunday, September 5th, 2021. He said an agent close to Conte confirmed that there is no verbal agreement between both parties. 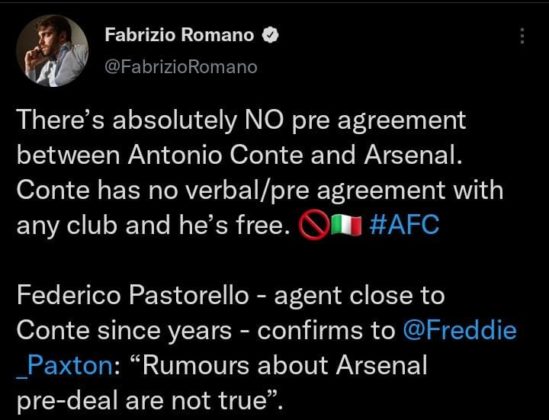 The Italian is a free agent, but he has not spoken to any club as it concerns taking a new job, according to Fabrizio's tweet . Conte led the Italian club, Inter Milan, to their first league title in ten years, but he left the club after they had sold most of the key players that won him the league. He also won the Premier League for Chelsea in his first season with the Blues. He also won the FA Cup in his second season.

According to rumors, Arteta might get the sack letter if he cannot beat Norwich in the club's next Premier League game. Arsenal has lost their opening three games of the season against Brentford, Chelsea, and Manchester City conceding nine goals without scoring a goal.