Zlatan Gifts His Lawyer an Expensive Rolex for Her Support | WATCH

Nigerian rapper, Zlatan Ibile has rewarded his longtime lawyer, Yemisi Falaye with a Rolex as seen in a recent video shared via Instagram.

In the video, Zlatan presented his lawyer with the box containing the Rolex as he announced it was for her being so dependable for him for years. The video was shared via Instagram on Thursday, the 28th of October 2021. 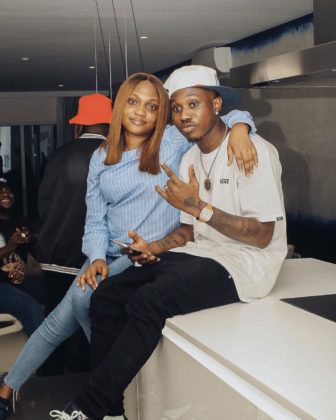 Zlatan and his Lawyer

Zlatan just announced that his second studio album, Resan. According to the rapper, his second studio project will drop on the 5th of November. The 12-track album will feature industry names like Davido, Phyno, Flavour, Buju, Bella Shmurda, Ms Banks and a host of others. The singer has also dropped the tracklist. saying of the project;

There were predictions that I won’t be here for long, but God and my fans have proven all naysayers wrong. For this, I’m joyous and grateful.

I’ve burnt the candle at both ends to ensure that our album is top notch.

Zlatan has been with his lawyer, Yemisi Falaye almost since he broke onto the scene years ago and in the video, he shows his appreciation for her with a Rolex. In the video, he praises her contributions to his career and how she has always been there for him.