Nigerian rapper and head of Zanku Records, Zlatan Ibile has revealed in a tribute that the late Obama DMW helped him a lot at the early stage of his career. 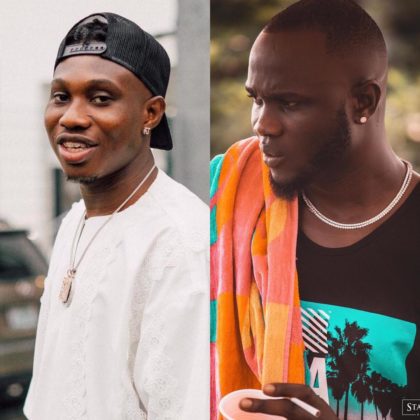 The rapper said this during a candle night service held for the deceased on Friday, the 9th of July 2021. When Zlatan was called up to give his tribute, he said that the late Obama DMW looked like a hard guy outside, but he was indeed a sweet person. He also revealed that countless times when he was broke, Obama would call him up and give him money to buy clothes for his performances. In his words;

He's very hard online. He looks like a hard guy but he's a very sweet person in person. I don't know where to start from. Like from the days of 20,000 Naira, Obama has started sending me money to buy clothes and go to shows, and it's just a shock to me that I can't see Obama anymore. I pray that God will continue to protect his family and the people he left behind. May he rest in perfect peace.

Obama DMW passed last week shortly after complaining of chest pain, and Zlatan is one of many artists that has paid tributes to the late music executive. He has definitely paid his dues within the music space and has impacted a lot of lives.