Nigerian superstar singer, Wizkid has sent a message to his compatriot, Burna Boy ahead his O2 concert happening tomorrow in London.

Wizkid who will also be headlining his second O2 concert this year sent some supportive words in his message to Burna Boy. He shared this via his Instagram stories on Thursday, the 26th of August 2021. 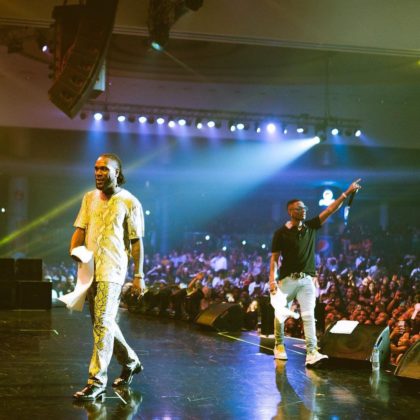 In his message, Wizkid spoke of his pride at the fact that he and his "brothers" are selling out venues far from home. He wished Burna Boy the best at his concert which is billed to hold tomorrow in that English capital city. In his words;

My brudda @burnaboygram shutting down the O2 tomorrow... My brothers and I doing arena's far away from home like it's nothing! U deserve all and more Odogwu!! Love my G $L 🖤❤️🦅

Wizkid held his first headline O2 concert back in 2019, shortly before the pandemic hit and Burna Boy is set to follow suit and become another Nigerian to take that big stage. He will also be performing two new songs at the concert. One of those songs is Question, the song he just dropped featuring Mavin Records boss, Don Jazzy. 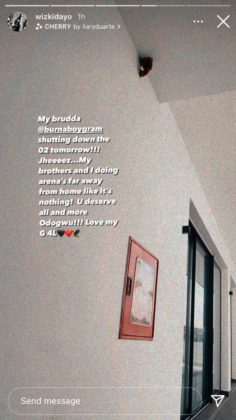