Nigerian singer and DJ, Cuppy has dropped the teaser for a new TV show titled Highlife on Channel 4 which she will star on alongside last year BBNaija contestant, Kiddwaya.

Prominent in the released teaser are Cuppy and Kiddwaya who will join other top international acts on the new Channel 4 TV show titled Highlife. She unveiled the teaser for the new show via her Instagram page on Thursday, the 9th of September 2021. 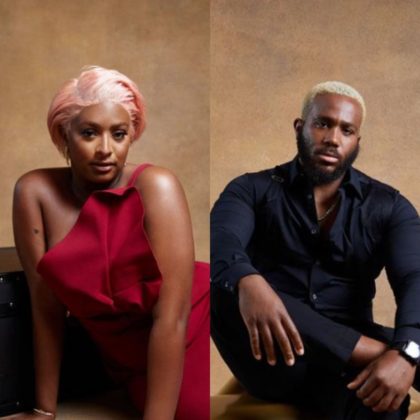 Cuppy and Kiddwaya will be joined by Toni, Kamille, Tomi, Chiefer, Bernicia, and Irene. Announcing the show last month, Cuppy revealed that she has spent the past 3 months working on the show. She wrote;

Finally I can receive that for the last 3 months been working tirelessly on a TV show. I've allowed @Channel4 cameras into my real unfiltered life in London, and I'm ready for the world to know the other sides of Cuppy!

After dropping the teaser for Highlife on her Instagram page, Cuppy also dropped a sneak peak into the show from a conversation between herself and Kiddwaya.