Nigerian singer, Burna Boy was one of the stars to perform at the Global Citizen Live concert last night, hitting the fans present with his hit songs.

Burna Boy hit the stage at Central Park in New York last night to thrill fans present at the Global Citizen Live show. The concert was held on Saturday, the 25th of September 2021. 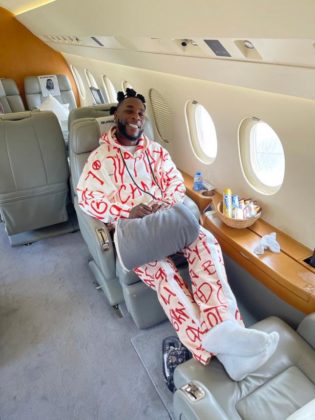 The Globa Citizen Live festival is a 24-hour concert that is set up to defend the planet and defeat poverty in all its ramifications. The day-long broadcast features appearance from artists, celebrities and world leaders all coming together for one sole purpose. The festival features performances from all around the world, including Lagos, London, Los Angeles, New York City, Paris, Rio de Janeiro, Seoul, and Sydney.

READ ALSO: “This Is Where I Made My Grammy-Winning Album” – Burna Boy Flaunts His Lagos Home | WATCH

Other Nigerian acts billed to perform at this year’s Global Citizen Live concert include Tiwa Savage, Davido, and Femi Kuti. Femi Kuti was one of the first people to perform this year, going on after another African music legend in Angelique Kidjo.