Teenage singer Ayra Starr recently dropped her debut album, 19 & dangerous but revealed in a recent Beat FM interview that her label might not have let her drop it until she took action.

In this new interview on Beat FM, Ayra Starr reveals that she had to create PowerPoint slides and stage a presentation to show the label that she was album ready. The interview was aired on Wednesday, the 18th of August 2021. 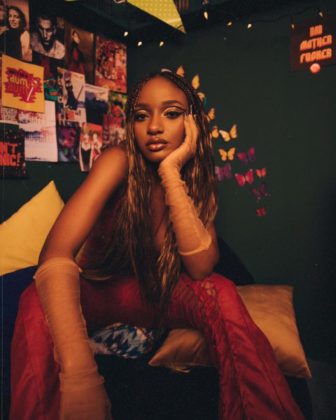 Ayra Starr was speaking with Beat FM's Nadine on the Midday Show who wanted to know what happened in the lead-up to the album release. She revealed that she had gotten the album name two years ago and when she turned 19, she decided it was time for it. However everyone felt she was too young to drop an album, so Ayra Starr had to get creative;

READ ALSO: Olamide Has Something to Say About Ayra Starr’s Album | SEE

In her interview with Beat FM, Ayra Starr also shared some reactions to her albums that have taken her by surprise. She also reveals that her brother is into music and they write most of their songs together.