Tiwa Savage has stated that some certain people will be happy to see her leave this world while talking about the two loved ones she lost this year in a recent post.

Tiwa Savage was talking about the deaths of her father and her close friend, Obama DMW saying that if she were to join them on the other side, some people will be happy. She said this via her Instagram stories on Monday, the 25th of October 2021. 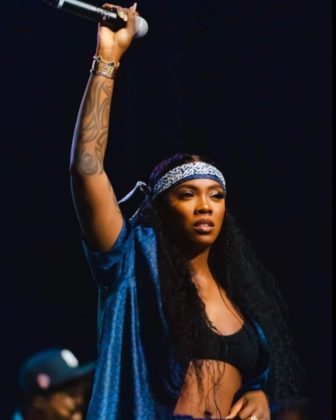 In her post, Tiwa Savage said that although she feels really bad that she lost her father and Obama, she’s assured with the fact that they don’t have to deal with this evil world anymore. She also stated that she knows some people will be happy to see her leave this world too.

Last month, Tiwa Savage revealed that she was being blackmailed by people who had her sextape. She went ahead to call the bluff of the blackmailers and it was released anyway. In her recent note on Instagram, the singer wrote;

I was sad at the passing of my dad and 44 but at least they’re no longer in this cruel place. Some people will be happy when I am no more.