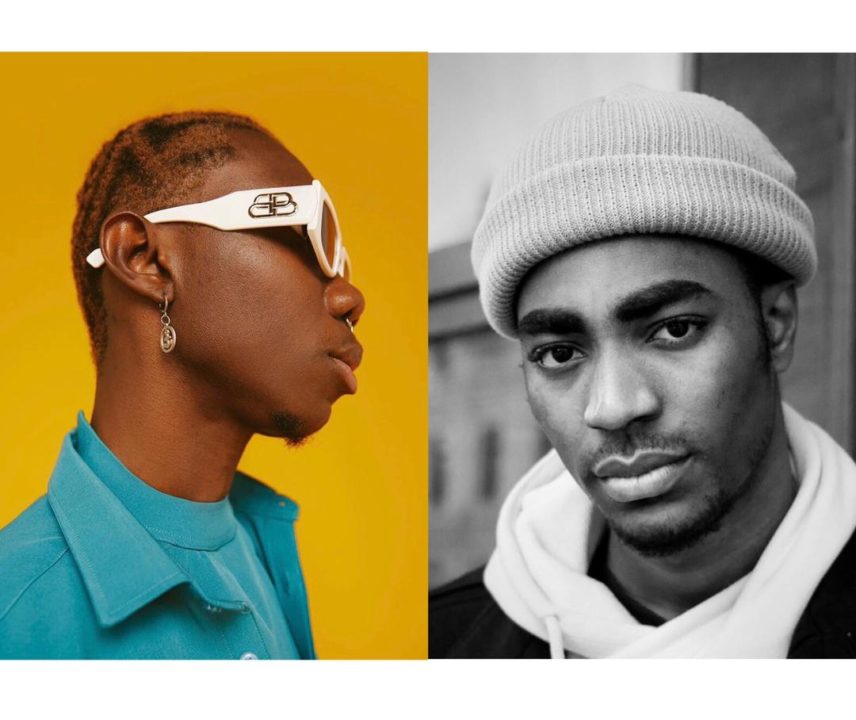 The Nigerian social media space has reacted to the comment made by popular rapper Emeka Akumefule, popularly known as Blaqbonez, on evicted BBNaija Housemate Yerin.

Blaqbonez took to his twitter page and made an indirect comment about Yerin, stating that he went into the Big Brother house and came out with a small social media following. He wrote: 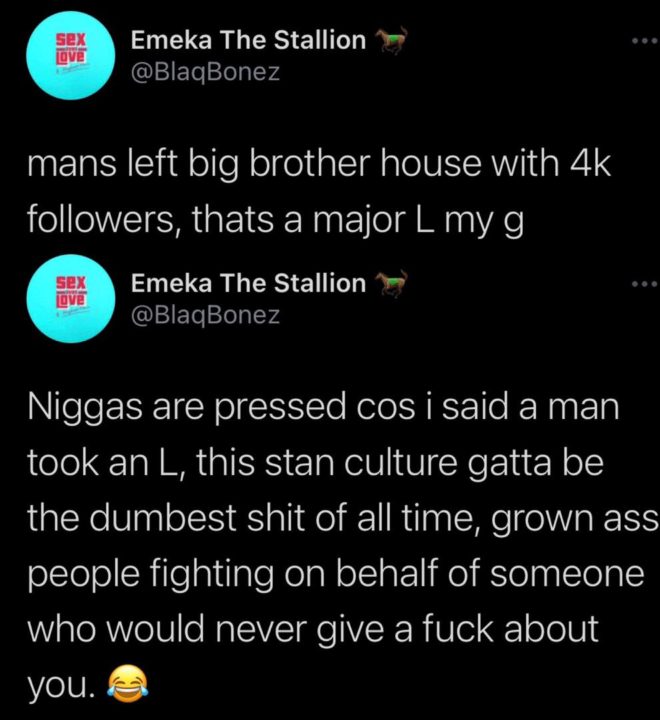 Reacting to his post, the Nigerian media space, precisely the government banned twitter, took a swipe at the rapper, while some were of the opinion that Blaqbonez didn't say anything wrong. 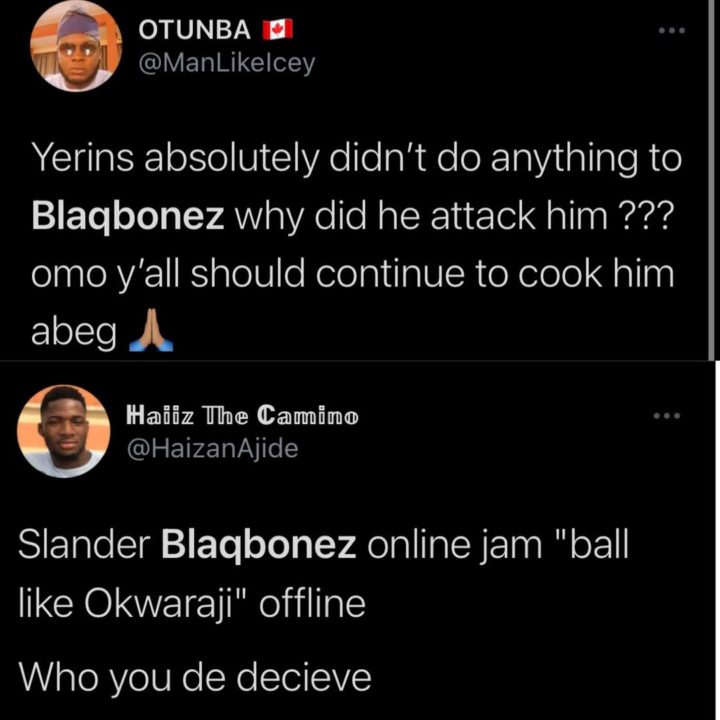 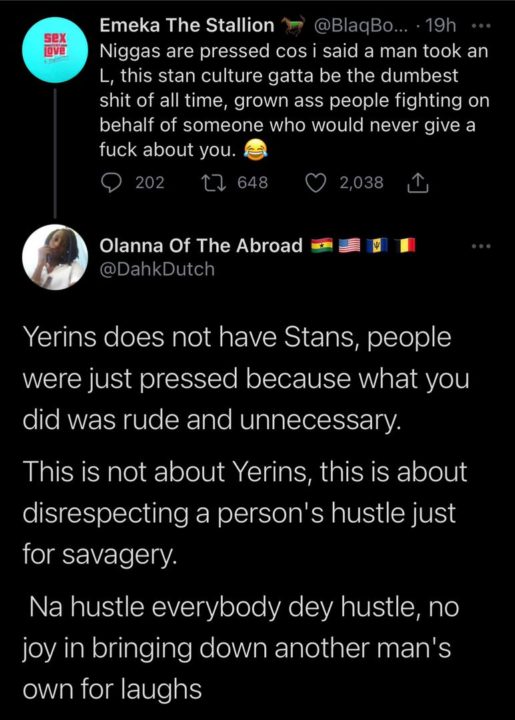 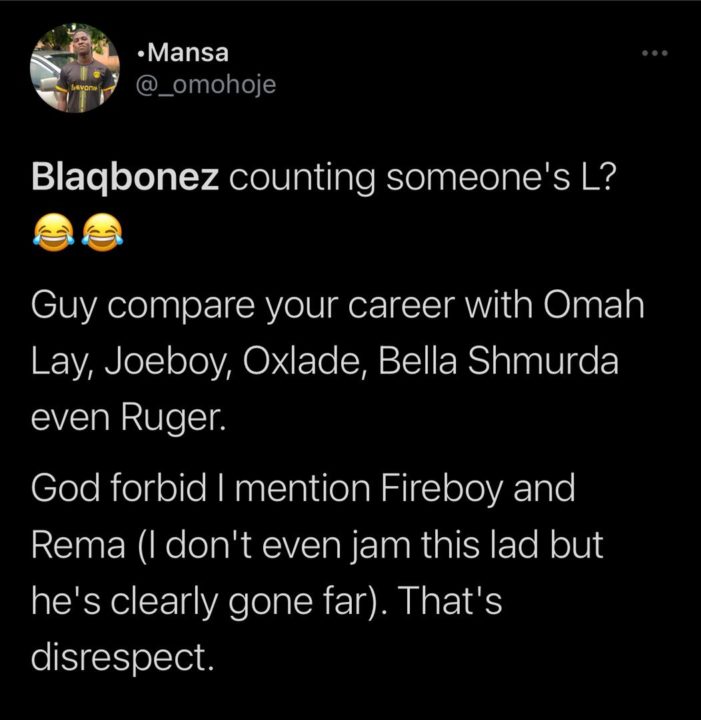 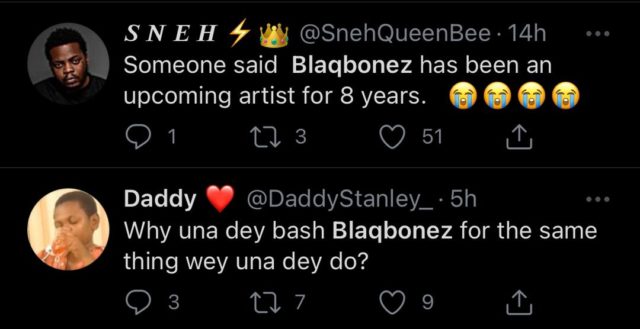 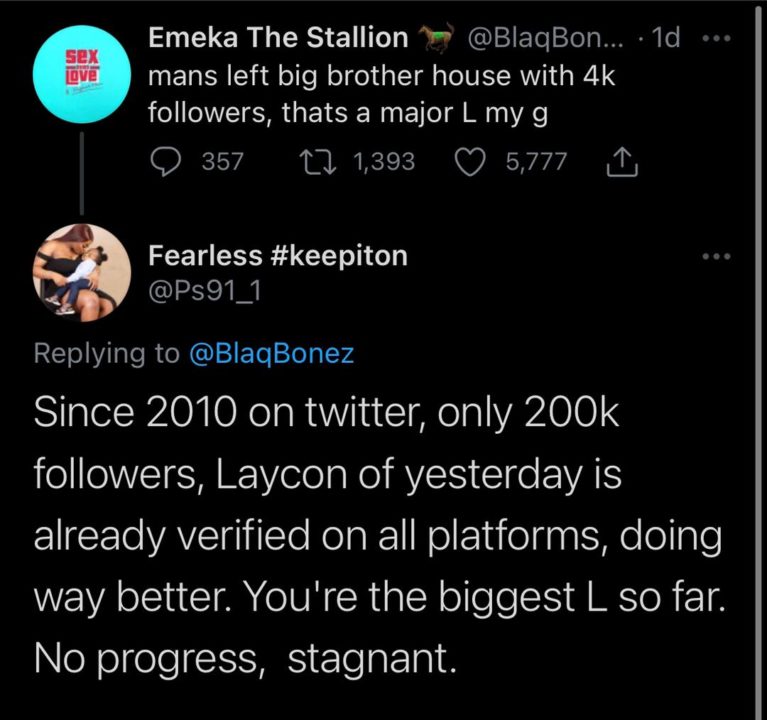 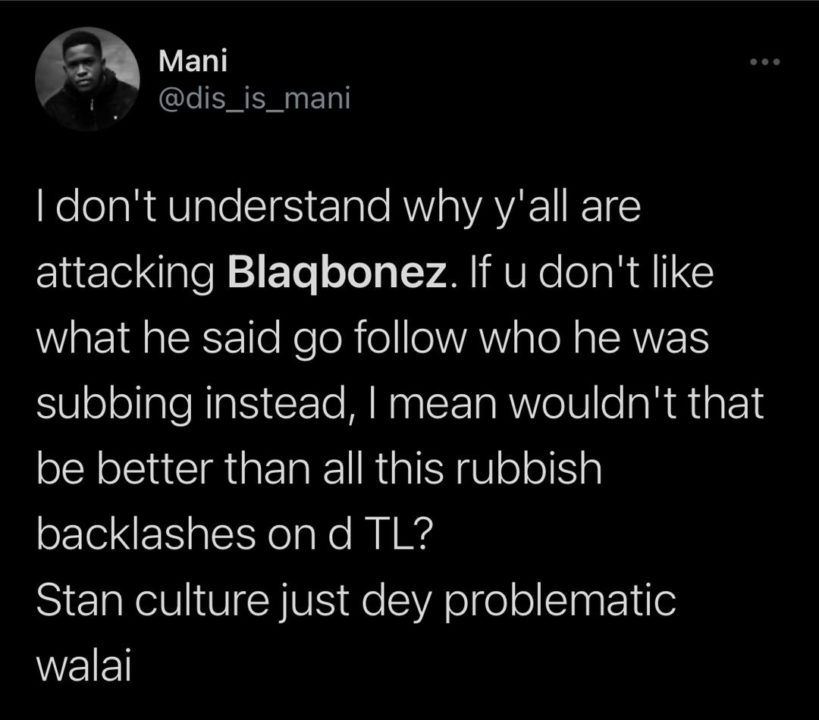 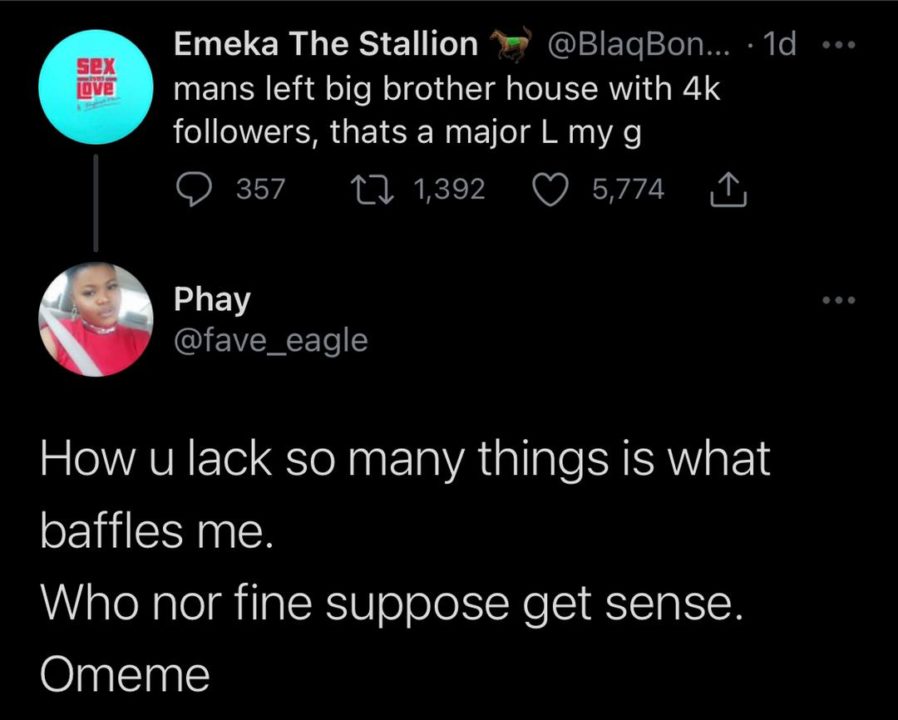