Nigerian superstar, Burna Boy has dropped his much-anticipated collaboration with American rapper Polo G and we have the early reactions for you.

Burna Boy featured American rapper, Polo G on the latest single titled Want It All, a trap record that has got fans raving about the singer’s versatility in the reactions. The song was dropped on Friday, the 1st of October 2021. 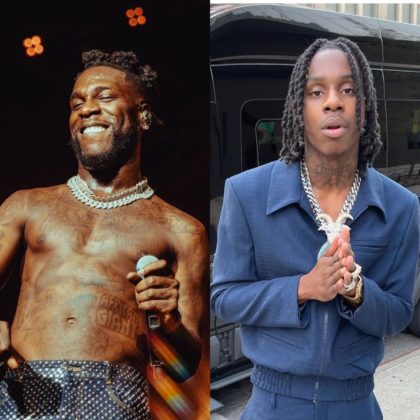 Weeks after dropping the very impressive Don Jazzy-assisted single Question, Burna Boy has served another delight for his fans with Want It All. The song with features Polo G sees the singer flow impeccably on a trap beat.

U might be bigger than burna in the industry coz people like u the most but there is no better ARTISTE in Nigeria than BURNA BOY over the past 3+ years..

Man is also deep LYRICALLY too… 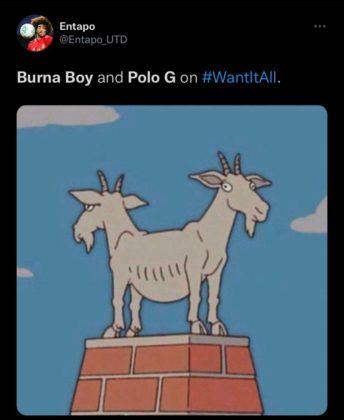 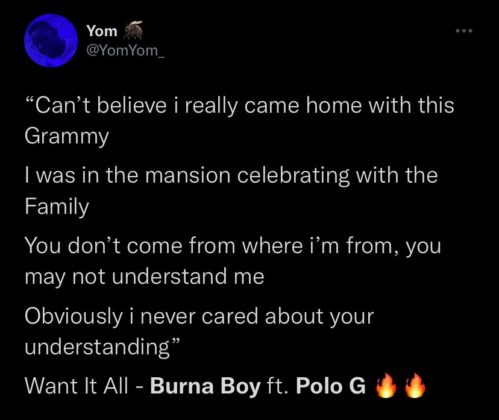 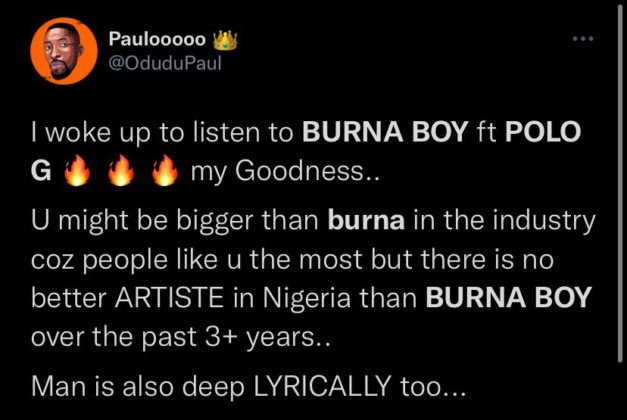