YBNL boss, Olamide has told OkayAfrica that he was done with signing artists until he met his current protege, the Afropop superstar, Fireboy DML.

Olamide also told OkayAfrica that not many young artists currently can compare with the kind of music Fireboy DML makes. Olamide and his protege spoke with OkayAfrica's Nadia Neophytou in an interview that was released on Tuesday, the 28th of July 2021. The interview was actually done hours after they arrived in New York on their current promo tour. 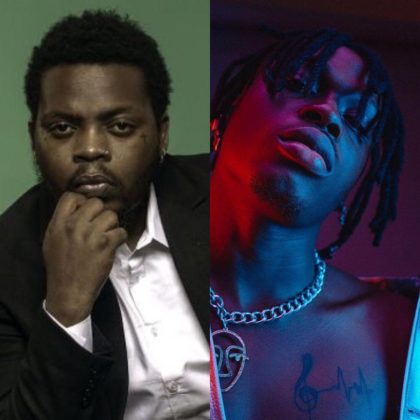 I remember. Because that was a big moment for me. I met him for the first time in person at a hotel in Lekki. We exchanged a few words — he's a man of few words. But I think we started recording that same day, working on the album.

READ ALSO: Olamide, Phyno and Others Congratulate Fireboy DML On His New House

Olamide was also asked why he not only decided to sign Fireboy DML but made him his mentor instead. He replied;

It's the sound. Still today, for me, it's still the same. There are so many young artists out there but they're nothing compared to the kind of music Fireboy makes. It's just way beyond his age. I think Fireboy is 57 years old [Fireboy laughs out loud]. He writes like an old man. He's one of those few people that I learn from sometimes. Like, 'what does this dude think about when he's writing?'