Nigerian singer, Omah Lay was having a show in New York last night when the fans got a surprise appearance from rapper, Olamide.

Olamide showed up to Omah Lay‘s show in New York last night, with the duo going ahead to perform their smash hit, Infinity. This happened on Thursday, the 30th of September 2021. 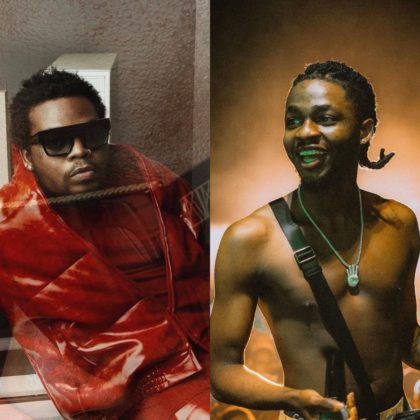 Olamide and Omah Lay famously collaborated on the hit single, Infinity off the rapper’s Carpe Diem album. The song coupled with Omah Lay’s double EP delight served to make 2020 a year to remember for the single. After getting American RnB star, 6lack on the remix of his hit song, Damn, and a couple more hit singles, Omah Lay took on a US tour to serve his new fans a taste of what’s to come.

READ ALSO: Omah Lay Kicks Off US Tour With A Sold-Out Show At The Fillmore | WATCH

Omah Lay started his US tour with a show at the Fillmore in Maryland and on the New York leg of his tour, he got a surprise from Olamide. He’s also not the only Nigerian act currently on a US tour. Wizkid and Tems are also currently on their own separate tours in the biggest Afrobeats expansion in recent times.