Contrary to her earlier announced date, Niniola has announced a new date for the release of her 13-track sophomore album, "Colours and Sounds". 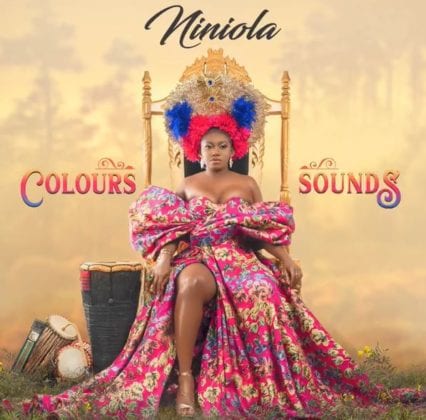 In July, the singer had announced that she will be releasing "Colours and Sounds" in September but that is presently not happening even though from the look of things, the album seems to be ready.

Niniola recently announced through an interview tat the will be releasing her album on the 2nd of October, the Friday of this week, 28th of September.

The project also includes input from U.K. Afrowave boss Afro B whose voice is on 'My Body,' South Africa’s Busiswa who came through on 'Oh Sharp.' Nigerian music icon Femi Kuti, brings his distinctive sax tones on the Afrobeat-inspired 'Fantasy,' and Kenyan trio Sauti Sol bring a mix of reggae and afropop vibes to the sunny, Kel P-produced 'So Serious.'

Speaking about her music and the upcoming album, the energetic and talented artiste said;  “My music is colourful and vibrant -- it’s traveled across borders and it's being played by different ethnicities, whether black or white,”... “Even though my root genre is Afro-House, I can do it all -— R&B, pop, folk. So I am basically a girl of many Colours and Sounds.”