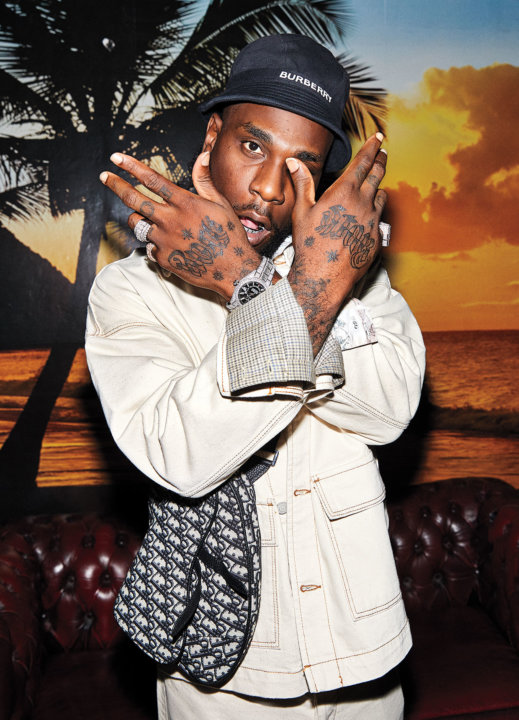 Nigerian Afro-fusion artistes, Burna Boy had a chat recently with BillBoard where he talked about how far he wants to take his song, being a Nigerian artiste and his African Giant Album.

Speaking about how far he wants to take his song, the singer said his plan is to go global and penetrate unfamilair countries with his music. He revealed that after his 17 dates tour, he intends performing in countries like China.

Speaking about his growth in Nigeria in 2018, Burna revealed that Nigerians love right now because he's loved by the world but he's just an ordinary artiste who wants to make music.

“Nigerians love me a lot more now because they can see that the whole world likes me, too. They think I’m something special, but I’m not. I’m just a human whose skill is making music. Way I see it, everyone plays their own role in the world, and no role is more important than the other.”

In the interview, it was also disclosed that Burna Boy is presently worth 22 Million Naira but even at that,m he doesn't consider himself rich because he believes one can only be rich as where they're from.

“You are only as rich as where you come from, and Nigeria has a lot of poverty.”

Selecting artistes to watch out for, Burna Boy picked Zlatan, Naira Marley, and Teni. This is good as it also gave artistes like Naira Marley and Zlatan international coverage, but the downside to it is that it also included in its reported Zlatan's present case of Cybercrime.

Mentioned in this interview was also his African Giant album which the singer revealed is heavily Afro-fusion, a genre he has successfully pushed.