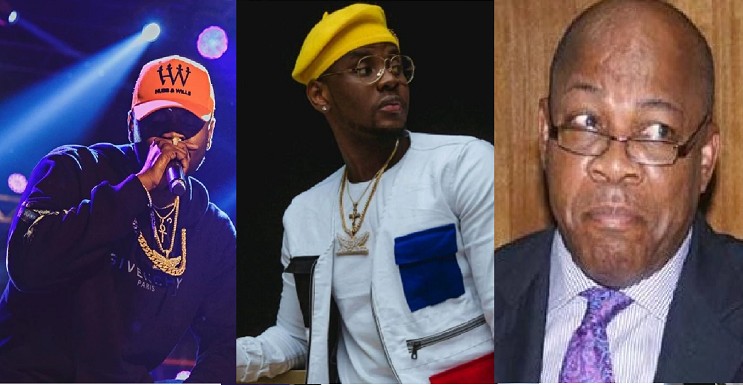 Nigerian legal practitioner representing G-Worldwide, Olisa Agbakoba has revealed that Nigerian artiste, Kizz Daniel who has breached the contract he had with his former label 'G-WorldWide' will not be performing at his already announced show coming up on the 26th of December as his brand is still a property of his previous label.

This statement was made earlier today, 13th of December at a press briefing organized by Olisa Agbakoba who said that the reason he called the members of the press was to inform them to spread the news that G-Worldwide and his firm are ready to use Kizz Daniel as an example to artistes and record label who do not keep to their terms of agreement.

The press conference is to call attention to the fact that artistes or labels think they can do what they like, it'll have to stop and Kizz Daniel represents the living example of how the rules of the industry are not being followed.

On the tickets already sold, he said;

We're going to make an order that the money (for the ticket) be pout into court... If we don't do this, this industry will not grow.

According to Olisa Agbakoba, the only option Kizz Daniel is left with is to come back to the label and complete his 7 years contract or pay the sum of 500 million naira which the label believes it would've made from the pop artiste by now if Kizz Daniel had respected his contract with his former label and stayed through the seven years.

The case, which is still in court, will commence on the 21st of January, 2020 at the State High Court in Igbosere while G-Worldwide's lawyer in his words promised that;

Next year we're going to take the strongest possible measures against Kizz Daniel until he comes back and repent and pays us what he owes us.