Every artiste is using their own form of creative medium to pass a message across to the Nigerian Government about the brutality of their armed men and Laycon has added his voice to it. 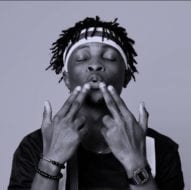 On the 4th of October, Laycon, the winner of the season 5 Big Brother Naija took to his social media to lend his voice to the ongoing conversation and in doing that, he posted a rap video of his "Fvck You" challenge created last year during Kizz Daniel's release of his hit single "Fvck You".

Laycon's challenge, which could've been anything, dealt with the issue of SARS and how terrible the situation had gotten at that time and it even sad still to see that there has been no improvement towards the issue.

Concerning the brutality of these SARS workers, this outrage should serve as a wake-up call for the Nigerian government to intervene and scrap the SARS program or enforce a massive and effective reform as many lives have been lost, beaten, and bruised already.