Davido Frames Image of Himself with Late Obama DMW

Nigerian superstar singer, Davido has framed an image of himself with his late friend and associate, Obama DMW who passed away in June.

Davido shared photos of the frame with the popular image of himself and the late Obama DMW via his Instagram stories on Wednesday, the 25th of August 2021. 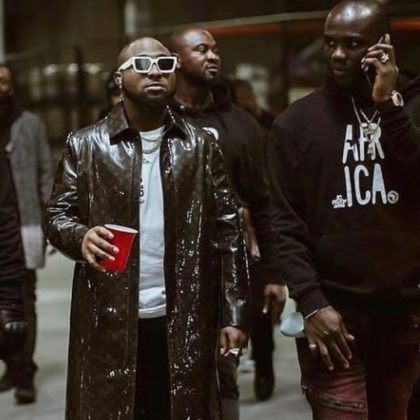 Obama DMW died on the 29th of June after driving himself to the hospital, shortly after complaining of chest pain. The late music executive was a very close friend of Davido and an integral part of his DMW record label. After Obama's death, Davido took it hard and went off social media for a while. The only time he was spotted in photos or video, he was eulogizing his late friend. When he finally came out of mourning, he wrote;

This is by far the hardest thing I’ve had to write.

I am hurt, broken, sad, and lost. For the first time in my life, I am EXTREMELY confused. The pain is one I cannot explain. 44 was more than an elder brother to me, he was a protector. He was someone that literally just always made me smile. He would do absolutely anything to make me smile, no matter the issue or problems I had.

Sharing the image he just had framed for Obama DMW in his house, Davido wrote on his Instagram stories, "Water run for my eyes 44 mafo".