Veteran Ghanaian rapper, Sarkodie held a listening party for his new album in Lagos on his recent promo trip to Nigeria with stars like Davido in attendance.

Sarkodie arrived in Lagos in the days leading up to the weekend and put together an album listening session for fans and friends like Davido. This happened on Sunday, the 22nd of August 2021. 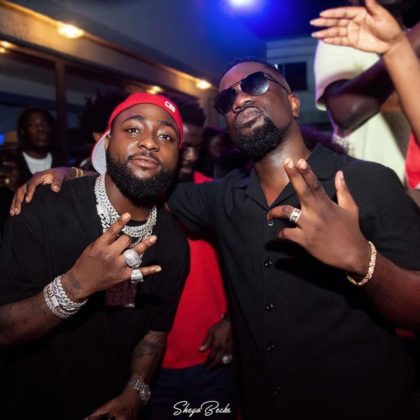 Sarkodie coming to Lagos is also important for him because he has songs with Nigerian artists on the album. One of those artists is Oxlade who Sarkodie describes as a genius. Sarkodie told Beat FM in an interview that Oxlade was the one who initiated the song, saying it was a right fit for him. He also confirmed that the song is one of his favorite records on the album. In his words;

I love that record because of the story behind it. Because Oxlade apparently had been trying to reach me in the DM that he has a song for me. He said it was tailor made for Sarkodie. As soon as I heard it, I said Yes.

Other celebrities who were present at Sarkodie's album listening session in Lagos asides from Davido include Rudeboy, Phyno, Oxlade, Jim Iyke, and more.

SEE THE PHOTOS BELOW: