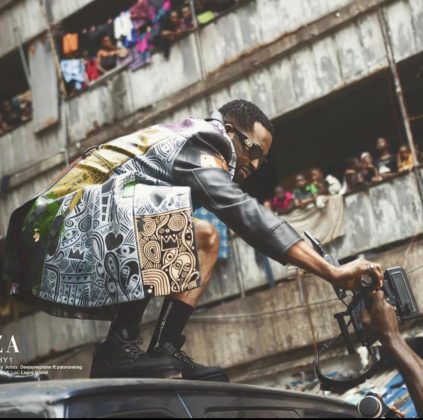 One of Nigeria’s most sought-after disc jockeys, DJ Neptune, dished out the new music featuring Afro-Dancehall act Patoranking. The song is housed in his anticipated star-studded project ‘Greatness 2.0‘.

Patoranking delivered exceptional hippy flows in his usual element, with production from a major force of the new school, Yung Willis, while DJ Neptune ignited the synergy with his exceptional backups and adlibs.

Gaza leads the pack and gives an insight into what to expect in a few weeks from the music maestro who has kept the trails blazing since inception.

The video was shot in Lagos and directed by Adasa Cookey for Square Ball Production.

As part of the PR strategy for the song, behind-the-scenes photos from its video shoot have surfaced.

check the photos out below