Angel has become the second housemate to be evicted from the BBNaija house on the final live show happening now as we await the winner.

Ebuka announced Angel as the second housemate to be evicted from the BBNaija house during tonight’s live show as we await the eventual winner. This happened on Sunday, the 3rd of October 2021. 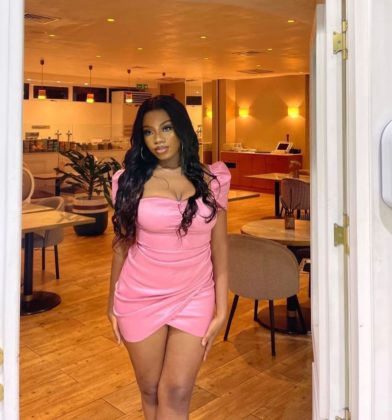 The BBNaija live show kicked off with a word from the in-house audience on which housemates they were rooting for to win. Then Made Kuti hit the stage to deliver the very first musical performance of the night. Emmanuel was the first housemate to be evicted from the house tonight.

After getting evicted from the BBNaija house, Angel told Ebuka that she will think about her relationship with Cross. She also said she plans to start a mental health blog.

Angel is a 21-year-old poetry and prose writer from Akwa Ibom who is looking to major in film. She says she’s fun, entertaining, talkative, and bossy. Her tagline goes “If you do anyhow, you’ll see anyhow.” With 11 tattoos, some more prominent than others, she claimed to “Look the part” when asked why she’s at the show.