Aghogho releases the video for new single "It Is You", off her debut album, "You Are"

Just after releasing the live visuals for her single "Miracle Working God", Aghogho sets out with super amazing video for her previously released single "It Is You".

The video was exclusively premiered on Trace Gospel and viewed by millions of music lovers across the globe. 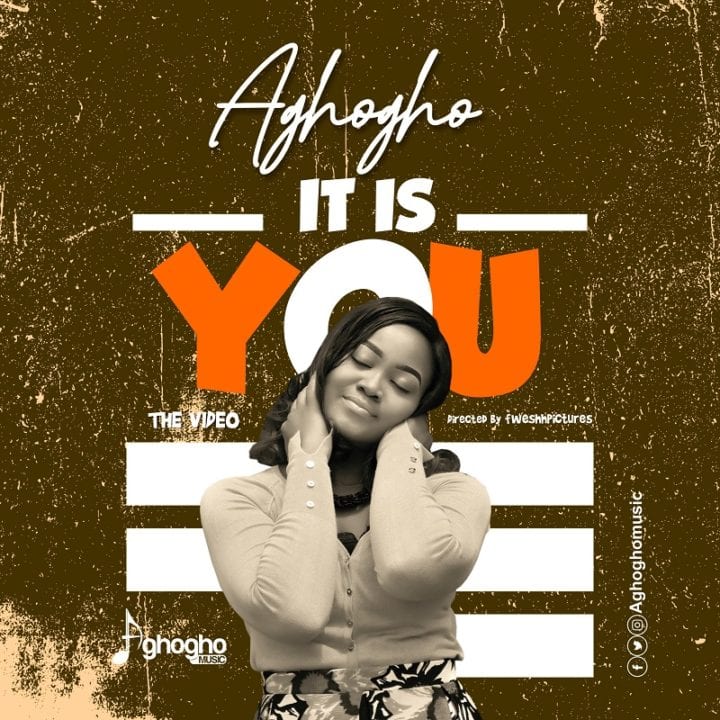 Banner for "It is You"

Aghogho has continued to put more hard work into churning out amazing contents. The song is from her debut album "You Are" released in 2019. She also tipped her followers on a new project coming soon. While waiting, enjoy the visuals for IT IS YOU.

The Video was shot on location in Lagos, Nigeria by Fweshpictures.

Watch the Official Video for "It is You" by Aghogho


Get her full Album, "You Are" below: https://fanlink.to/aghoghomusic

More About The Artist - Aghogho

Aghogho is a Nigerian singer-songwriter, administrator and human resources professional. Her passion for singing started at an early age of 9 which led her to write her own songs at the age of 15. Many years later, this passion is evident in her spirit-filled and impactful ministrations.

She sings inspirational and Gospel songs. Aghogho has been recognized as one of the leading female gospel artists in Abuja, Nigeria.

Having released several impactful singles since her entrance into the music industry, she recently launched her 10 track debut album October 2019 featuring Mercy Chinwo, Freke Umoh, amongst others. The album is available internationally on digital stores, with inspiring videos on YouTube.

Her music is impactful as it is diverse, cutting across different music genres, reflecting her inspiring music creativity, with which she has built a brand name for herself in the gospel music industry in Nigeria.

She is big on people management, inspiring others to achieve their dreams with determination and hard work.

As a devoted wife and mother her multitasking skills have been of great impact to those around her and beyond as she is always a pleasure to be around.

CONNECT WITH AGHOGHO ON SOCIAL MEDIA