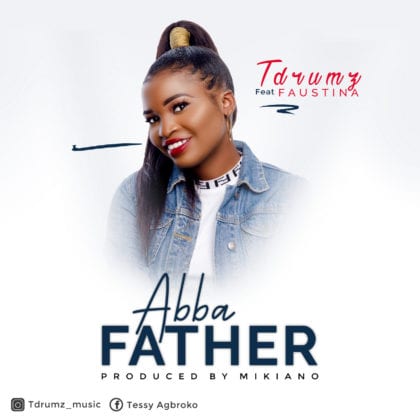 Delta state born, Tdrumz grew up with music becoming a part of her early life playing as a drummer/singer at her local church at the age of twelve.
With such an early start to her career as a performing act, the singer spent years honing her skills, studying the drums at the prestigious Tenstrings Music Institute and became the platform's foremost drummer in the year 2017, then moved on to become the prime drummer for Royal Music House in the year 2018.

Currently studying Music at the Federal University of Port Harcourt, Tdrumz (real name - Tessy Agbroko), who comes from a family of four sisters, has also performed alongside bands such as the Dynamite Girls, LEC and the TNG Group; she's well talented and that strong-point has won her several competitions during solo drum performances.

Tdrumz is set to put out her introductory/underlying single, a song born from her strong craving and desire to see men come to the truth of the knowledge of God's love, to understand what God has done for men in Christ Jesus and the glory we have as sons of God; produced by Mikiano and featuring Faustina, "Abba Father" births the songstress known as Tdrumz - listen up and share your thoughts. |