Anointed gospel music minister ‘Marvel Joks’ Music teams up with the Phenomenal Kenyan Gospel Music Artist ‘Rosemary Njage’ in this song titled ‘Asante Sana’  meaning “I Thank You So Much”.

That around 5 million people speak Swahili as a native language, and a further 135 million speak is as a second language.?

That Swahili is the most widely spoken language in AFRICA?

Yet this great Language is yet to take a notable imprint in the Global Gospel music scene.

BUT THIS IS ABOUT TO CHANGE as a GLOBAL SOUND IS EMERGING ALREADY.

One of Nigeria's finest Gospel Music Minister, the music evangelist, the Author of popularly known Oghene-doh, and Marvellous God ‘Marvel Joks’ who believes music is not just a talent, skill or profession but a CALL and an ASSIGNMENT from God to save souls.

This Revelation has pushed him to Travel round cities and Nations on a free gospel music evangelistic campaign called FILL THE EARTH WITH WORSHIP. As the vision bearer, he has sponsored lots of this events himself as he is happy to see souls won and young music ministers being mentored and given platform.

Marvel Joks Music teams up with the Phenomenal Kenyan Gospel Music Artist ‘Rosemary Njage’ in this song titled ‘Asante Sana’  meaning “I Thank You So Much”.

The song is characterized by the Power Of The Holy ghost and also easy for anyone to sing along. And some refer to it as Song Of The Angels.

It's a song that will transport the Swahili language to global light and also refresh the spirit of all who will listen.

It's a song expressed with passion and the power of the Holy Ghost. 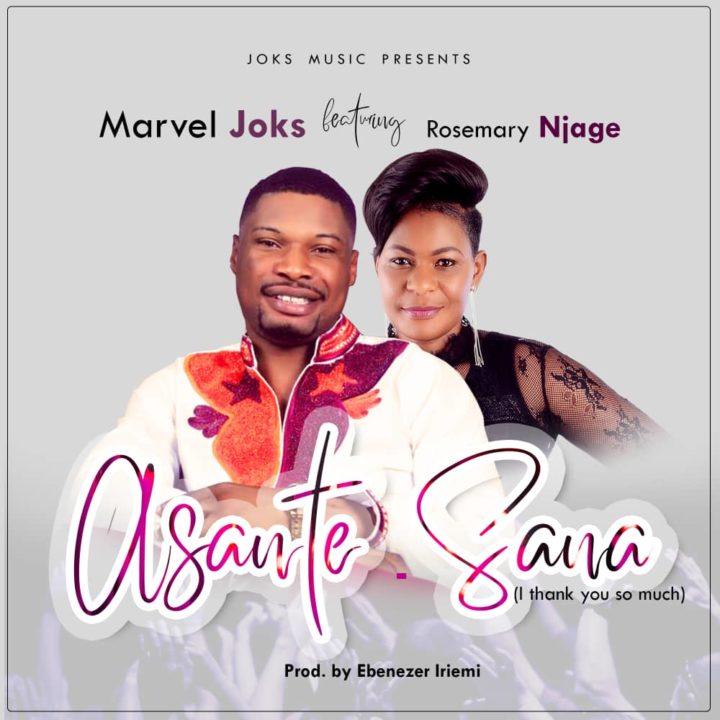