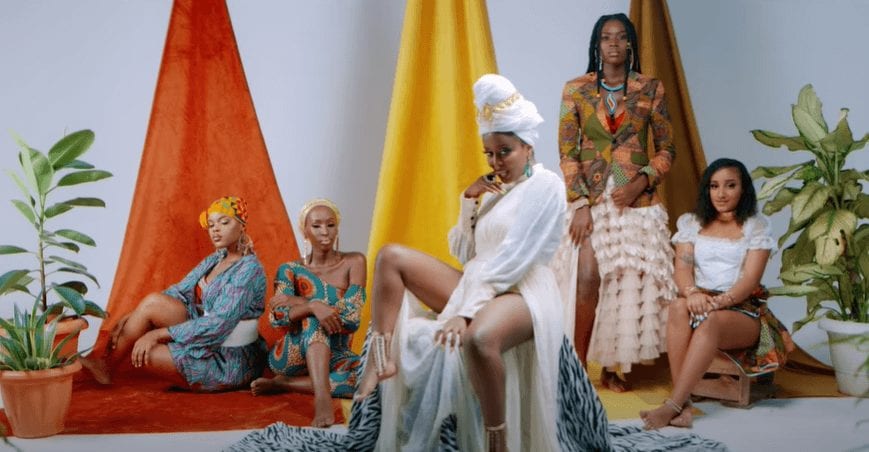 The pair release  an Afro- Pop classic banger that celebrates the African culture through its original sound, guitar and afro beats , with the lyrics honoring the Swahili culture which is vastly spoken in Eastern Africa while appreciating the authenticity of the production.

The song is basically a celebratory classic during happy occasions that praises both the African boy and girl child in a metaphorical context and draws inspiration from them Mushrooms, a legendary late 90's band.

We see the stars embrace the beauty of Africa's culture in the different prints, choreography and  greenery immersed in the official music video.

This track is produced by Vicky Pon Dis while Tanzania's Hanscana shot and directed the official music video.