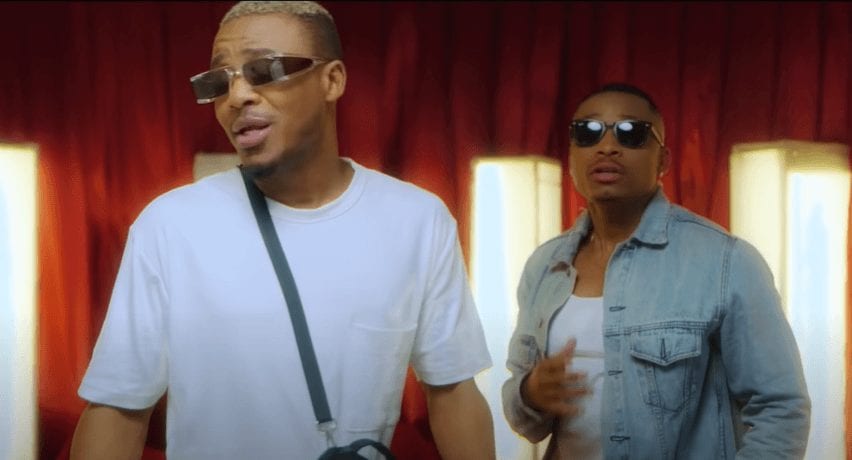 The two singers join in perfect harmony to create a dreamy love song about falling head over heels with a woman.

They go back to back, intricately describing their love interests simple features on a mid tempo Afropop beat.

The stars also release an official music video that tells the story of a lady who catches the immediate attention of a man as soon as she walks into the club and he tries to pursue her.

Otile Brown recently took a visit to Tanzania and has been spotted working with various artists. This single has been highly anticipated as it comes from two of East Africa’s biggest vocalists.

This single is produced by Vicky Pon Dis while Hanscana brings the official music video to life.