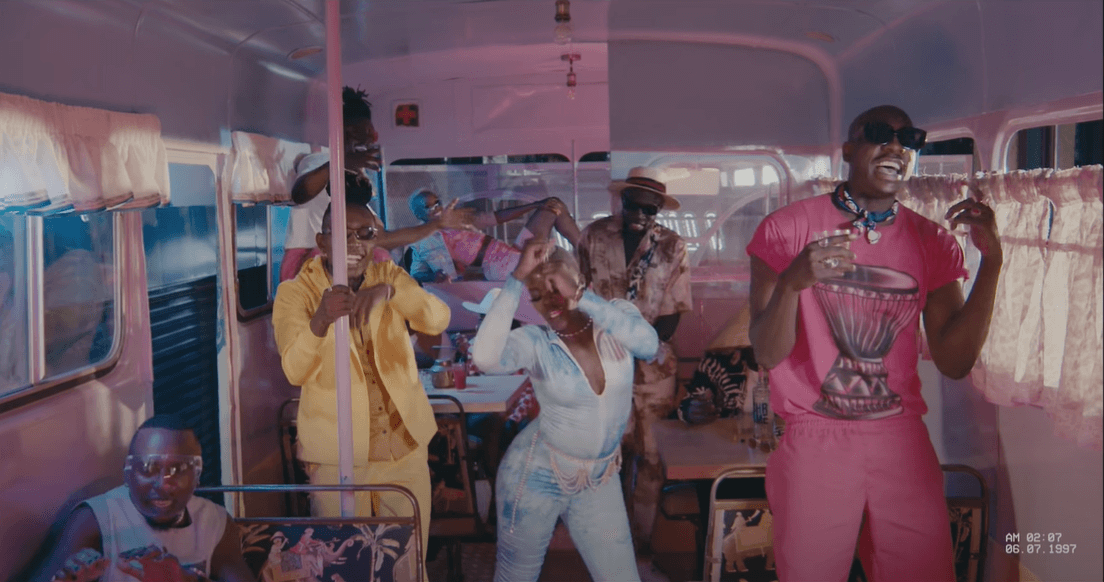 ‘Rhumba Japani’, which is one of the tracks off Sauti Sol’s ‘Midnight Train’ album, is a groovy rhumba jam that pays tribute to a popular Congolese rhumba band dubbed ‘Rhumba Japan’.

Taking to social media to dedicate the song to the veteran group, Sauti Sol explained the significance of the group to their journey, stating that they used to watch them play at the pub after practice till late to avoid rush-hour bus fare.

“This is a Congolese band called Rhumba Japan. We used to go watch them play at the pub after our band practice till late to avoid rush hour bus fare because that's when it was affordable to go home. Rhumba Japani is an ode to them and the significance of those times in our journey. The lyrics of the song brings out the city vibes and as you will see on Friday, the music video has mad Nairobi vibes,”

The official music video is aesthetically pleasing, capturing the retro essence of the Midnight Train album.

Creating a fun visual to go with the upbeat vibes of the track, weaving through all the members as well as featured artists, giving them ample time to deliver their well-versed lyrics.