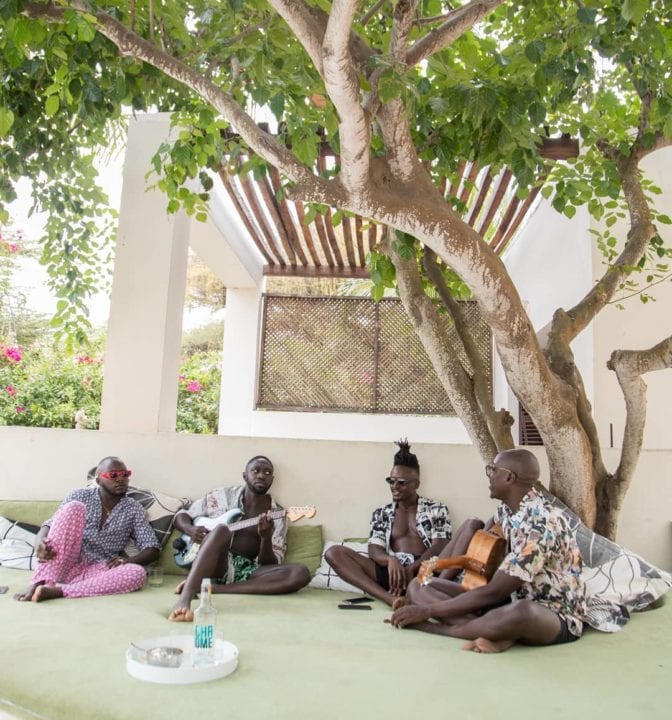 Kenyan boy band, Sauti Sol finally release the highly anticipated visuals for their hit single "My Everything" alongside India Arie.

My Everything is a soulful single that celebrates unconditional black love with lots of emotion from Sauti Sol and India Arie.

The official music video which are set by the Kenya's lush coastside gives a breath of fresh air while showcasing a black couple as they celebrate their love with romantic dates and dhow cruises from dawn until dusk.

The Kenyan boy band recently expressed their admiration for India describing her as a sweetheart and symbol of black excellence.

In a long caption posted on the band's Instagram account, they described how they met India by chance and developed chemistry immediately which subsequently led to the birth to their brainchild ‘My Everything’.

“It's funny we met her at Atlanta airport back in 2019 on our way to #EssenceFest by chance and immediately followed each other on Instagram and started communicating. Working with her has been a dream come true.”

Stream "My Everything" Music Video: