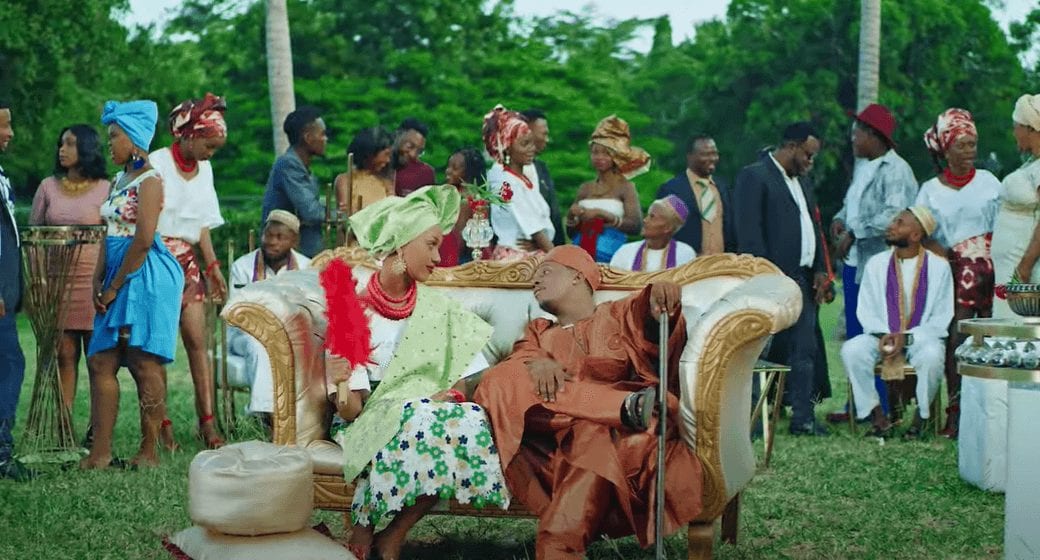 Rayvanny sings to the love of his life in this soulful single letting her know why he feels she is the most beautiful woman in the world.

He further goes on to give her promises of a long lasting love before asking her to showcase her beautiful waist.

Rayvanny incorporates Rhumba instrumentals in this single to give a groovy feel that goes along with his sensual lyricism.

The official music video, directed by Kenny, takes us to a traditional African wedding where Rayvanny and his beautiful bride exchange in romance with a hearty celebration from the family.

Mocco Genius holds the production rights to this heartfelt single.

Rayvanny has attained a major milestone by attaining over  105 million streams on Sounds From Africa only a week in after its release.

He is the first East African artist to release an album that garnered such a high number of streams across streaming platforms.