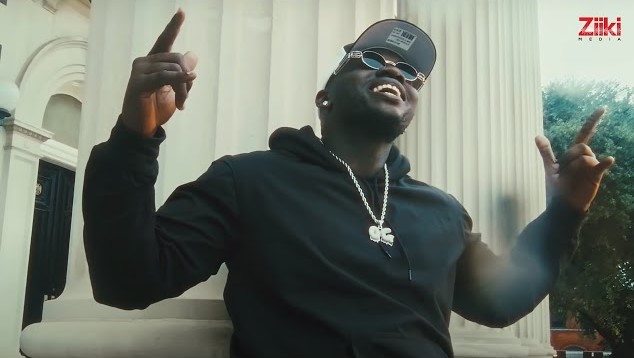 ‘Nikwa Ni Shoke’ is an inversion of the Swahili word ‘Kwani Ni Kesho’ which translates to 'is it tomorrow?'

On this track, Khaligraph underscores the importance of living a day at a time and completing all your tasks as tomorrow is never promised.

He also speaks on his ability to always come back with better rap flows when the haters talk trash about his work.

The official music video is shot in the United States where we see Khaligraph riding around the while waving the Kenyan flag to represent his hometown.

Khaligraph is one of the most consistent artists from Kenya, dropping at least one song and a couple of freestyle videos every month.

His consistency has managed to keep him on top of the Kenyan Hip-hop scene with major drops like  Wavy featuring Ghana's Sarkodie, Luku  alongside the artists from the industry, Punguza Kasheshe and many others.

‘Nikwa Ni Shoke’ was produced by Khaligraph Jones while the instrumental was created by Vinc on the Beat. The awesome video was shot and directed by Hussein Njoroge from Dallas, Texas.