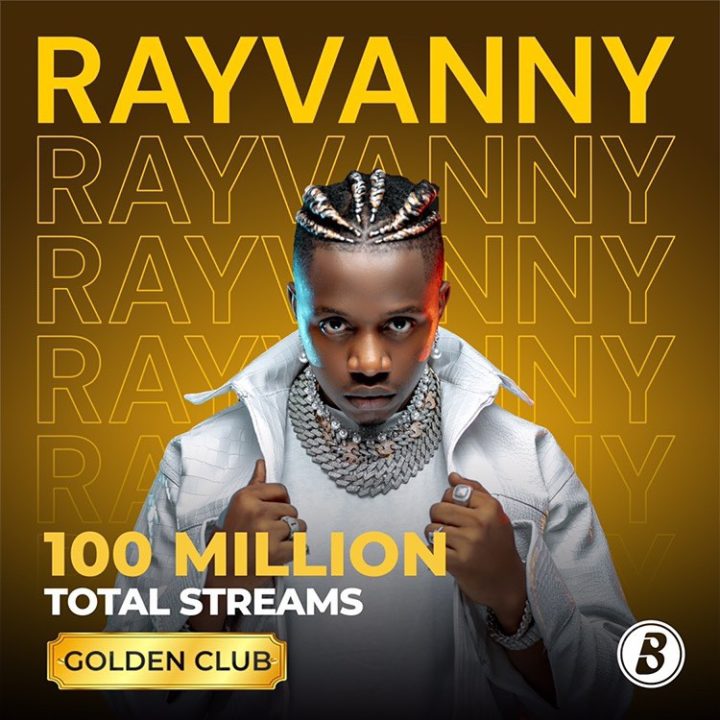 Rayvanny who is also a member of East Africa's Music Powerhouse, WCB Wasafi, has become the first artist in Tanzania to amass 100 Million streams on Boomplay, followed by his boss Diamond Platnumz who has so far collected 90 Million streams on the Platform

READ ALSO : Top 10 Tanzanian Artists That Every Nigerian Should Listen To

His 2021 album named Sound From Africa is his most streamed project on Boomplay having 21.6 Million streams and also the 23 track album is the fourth most-streamed Tanzanian album of all time after Mbosso's Definition Of Love, Ali Kiba's Only One King, and Harmonize's Sophomore album named High School.

Rayvanny has now officially joined Boomplay's Golden Club, a list of artists who have hit 100 Million Streams On Boomplay, becoming the first East African Artist to reach such a milestone. Other artists to surpass 100 Million Streams on Boomplay include Burna Boy, Omah Lay, Joe Boy, Fire Boy, Wizkid and Davido.

Stream Rayvanny's Sound From Africa Below ;