Chinese-owned platform, Boomplay, has finally unveiled their annual year-end charts and the talented Jay Melody has made a new record with his colossal hit song titled "Nakupenda"

Nakupenda, a sweet Bongo Fleva Tune decorated with Jay Melody's well-executed vocals made history in 2022 as it becomes the most streamed song by a Tanzanian artist on Boomplay. Jay Melody's new milestone has been unveiled by Boomplay in their annual year-end charts. 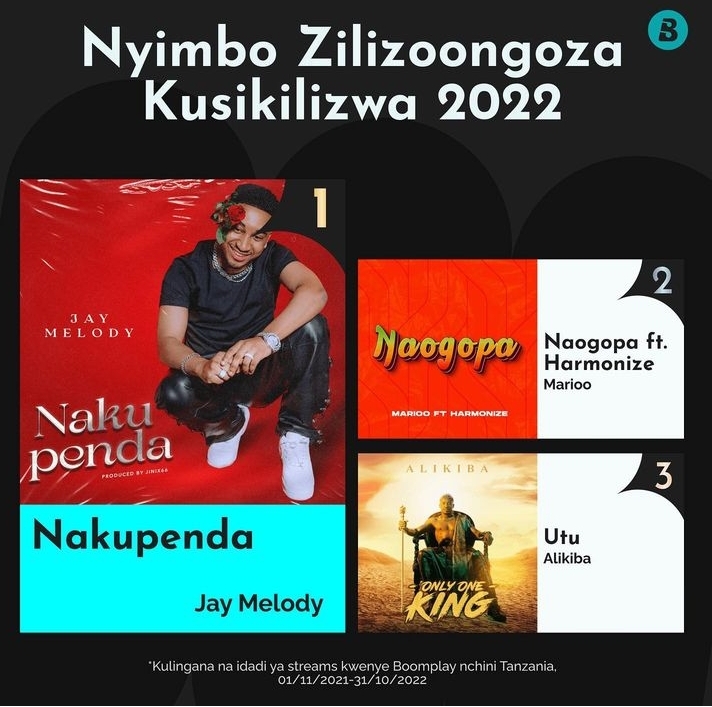 Other songs that have made it to the top three include Marioo's Naogopa featuring Harmonize and Ali Kiba's 2021 Utu.