Diamond Platnumz: "Zuchu Would Have To Pay At Least 10 Billion To Leave Wasafi" | SEE DETAILS

Tanzanian superstar Diamond Platnumz has recently made it clear that for Zuchu to leave the WCB Wasafi record she will have to pay 10 Billion Tanzanian Shillings.

The CEO of WCB Wasafi, Naseeb Abdul famously known as Diamond Platnumz has recently made headlines in Tanzania after publicly stating that, if Zuchu wants to exit the WCB Wasafi Label she will have to pay at least Tsh 10 Billion. Diamond Platnumz's message comes amid rumors and accusations that the label usually caters to exploitative contracts to artists.

The three times BET Awards nominee, made the statement on Instagram after a fan asked how much it would cost for Zuchu to leave WCB Wasafi. The African Simba replied in the comment section saying that the Jaro Crooner would have to pay 10 Billion Tanzanian Shillings, owing the amount to her massive numbers on Youtube. 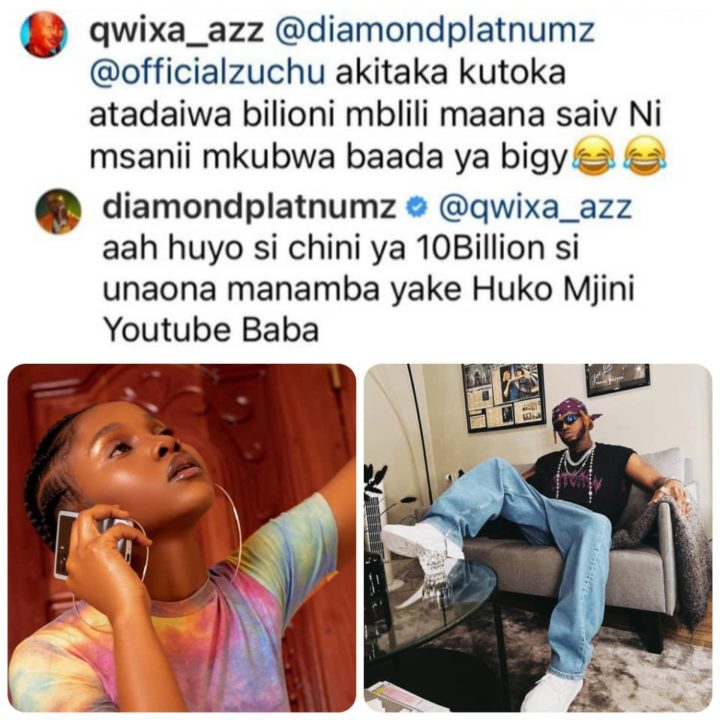 Recently there has been an ongoing discussion in Tanzania about the nature of contracts that artists sign with record labels as different music moguls in Tanzania such as P Funk Majani and Tanzanian rapper Wakazi called WCB Wasafi contracts with its artists exploitative, a statement that has been highly scrutinized by fans, Zuchu, Mwijaku and even Diamond Platnumz himself.