2019 started with a host of groundbreaking performances and festivals held around the country.  There was a lot of hype regarding the Wasafi Festival – Nairobi edition that went down in Nairobi at Uhuru Gardens on New Year’s Eve! The event was a major success, flaunting some of East Africa's best talent and performers, while at the same time unveiling a set of Coke Studio Africa 2019 music acts who graced the anticipated Coke Studio stage.

Nadia Mukami who is set to make her debut on Coke Studio Africa new season launching this year in the Big Break segment presented a well-choreographed performance with dancers and great vocal prowess. As she skillfully engaged the audience having them sing to her hit songs like “Yule Yule” and “African Lover”; she not only represented Kenya properly on the main stage but she showed that she is ready to take be on the same platform with major established acts. 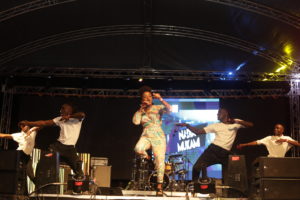 Harmonize who will feature on Coke Studio Africa this year, alongside Ugandan Music Queen Sheebah was also at Wasafi Fest, kicking off his performance with dimmed lights and a video clip of his journey as an artist playing on the screens. He then took to the stage with his most popular song “Kwangawaru”, “Matatizo” which saw him get so emotional that he sung most of the song kneeling down. In between his performance he brought out a Kenyan Flag as he proclaimed that the reason why he loves Kenya so much is because he feels he relates to their humility. 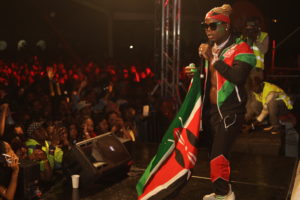 Rayvanny, on the other hand, has always been a darling to many Kenyans. The audience went wild when he got on stage. Although energetic on stage, the audience seemed to be doing most of the singing throughout his performance. Perhaps it is because Kenyans are very familiar with his songs. On the upcoming season of Coke Studio Africa, Rayvanny will be paired with Naiboi. 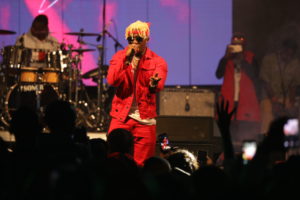 At the festival, Naiboi brought on stage a full band and dancers—he was clearly prepared to show Kenyans a taste of what he is planning for his performance in 2019! He thrilled fans with his multiple hits including “Tingika” where he brought out Rankadah for a joint performance. He then charmed the girls in the audience with a banquet of roses that he gave out one by one to random girls in the audience as he performed a mellow version of his monster hit "2-in-1". 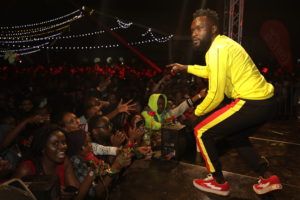 The Coke Studio acts were the top performers at the 2018 New Year's Eve Wasafi Festival, alongside Diamond and Morgan Heritage. Together with the rest of the artists enlisted to perform at the festival, they made sure that revelers ushered the new year in style impressing with stellar performances! All the acts, except Rayvanny making his second return, will be making their debut on the new season of Africa's biggest music show - Coke Studio Africa, set to air on TV across Africa starting Feb 2019!