Kenya's music sensation Bensoul has once again made a buzz in East Africa after releasing his newest single tagged I Deny featuring label mate Nviiri The Story Teller and Sauti Sol's Fancy Fingers. 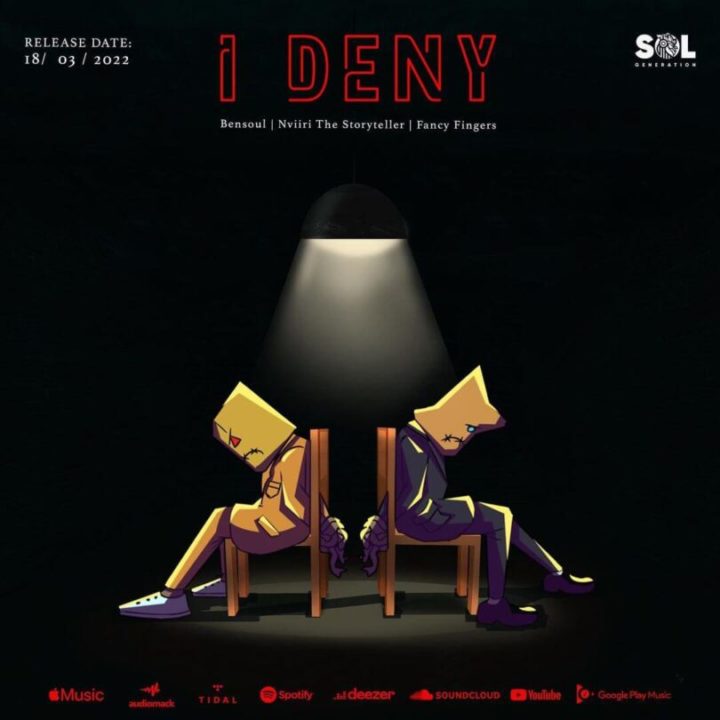 I Deny comes only a month after Bensoul dropped his successful single named Aibu featuring Bien who is a member of Kenya's award-winning music group Sauti Sol.

I Deny is an energetic thick textured tune made up of melodious but self-reflective lyrics in which Bensoul throws a punch at all haters who spread fake rumors about him.

The song is produced by Fancy Fingers who is a full-time guitarist, composer, and music producer for Sauti Sol.

Listen to the song here ;